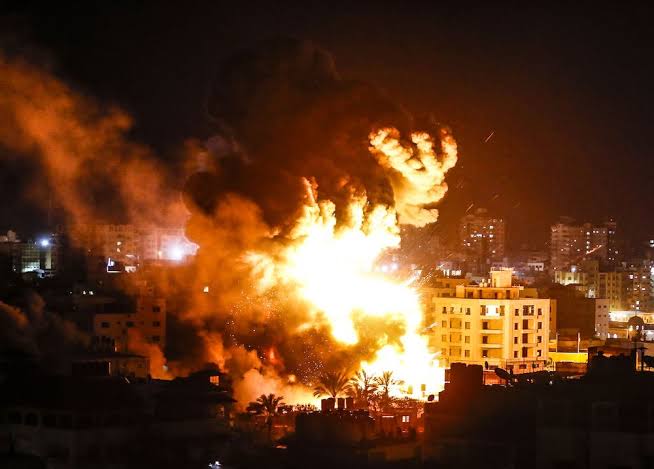 Israeli warplanes on Thursday pounded several spots on the Gaza Strip, including a residential building and two banks.

The al-Walid, a five-story building in western Gaza city, was razed to the ground. It housed residential apartments and commercial stores, in addition to the office of a Turkish relief group, Yardimeli.

Hani al-Agha, the director of Yardimeli in Gaza, said they have lost all data and information related to their work.

He noted the building was first targeted in May 2019.

Palestinian citizen Fahed al-Ghalayeni who lives in the destroyed building told Anadolu Agency that the residents were unable to take any of their belongings.

The strikes on Rafah also targeted a military site for Hamas’ armed wing near the Palestinian-Egyptian border.

Israeli bombardment on Gaza has killed 69 Palestinians, including 17 children and seven women. At least 388 others have been injured, Palestinian health officials said-AA