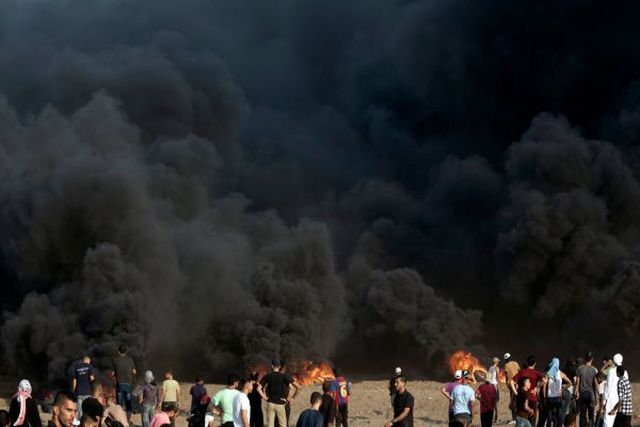 Jerusalem : The Israeli military on Friday struck a Hamas military post in the southern Gaza Strip, according to a statement issued by the Israel Defense Forces (IDF).

The strike was carried out by an IDF tank after several Palestinians infiltrated into Israel from southern Gaza, and hurled firebombs and an explosive device in the border fence area, said the Israeli army, Xinhua reported.

According to the army, about 8,000 Palestinians on Friday gathered in five locations along the Gaza Strip border, attempting to sabotage security infrastructure.

A 25-year-old Palestinian was killed and 220 others wounded during the clashes on the Gaza Strip border, the Israeli media quoted the Gaza Health Ministry as saying.

“The troops are responding with riot dispersal means and operating according to standard operating procedures,” said the IDF.

The Islamic Hamas movement, which runs the Gaza Strip, was considering accepting the terms of a long-term cease-fire with Israel, which was brokered by the United Nations envoy for Middle East peace and Egyptian officials in recent months, Israeli media reported.