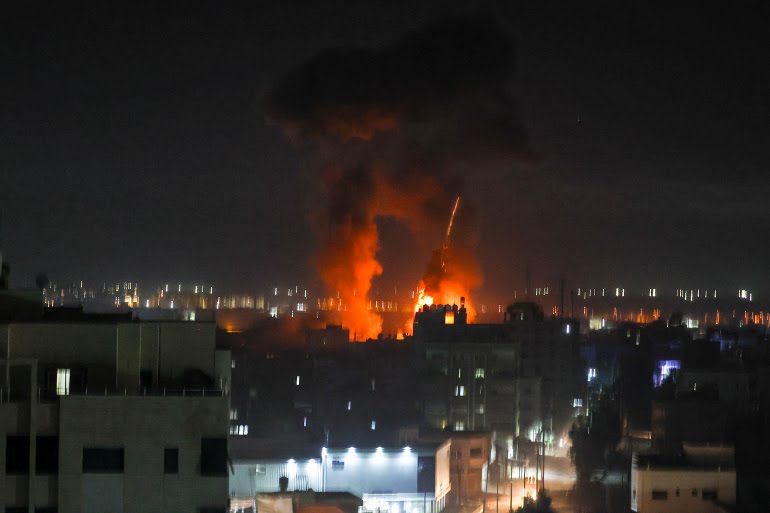 Warplanes bombed a site in the town of Beit Lahia and another site in Khan Yunis.

The Palestinian Health Ministry did not announce any injuries as a result of the bombings, while there was no immediate comment from the Israeli army.

Earlier Thursday, Israel conveyed a message to Hamas that if the launching of incendiary balloons from the Gaza Strip does not stop, there will be new military action.

Israel’s Channel 13 News outlet reported that an Israeli delegation currently in Egypt sent the message through the Egyptian intelligence service.

The delegation from the Israeli National Security Council arrived in Cairo on Thursday, where it will hold talks on a long-term truce with Hamas in Gaza.

On May 10, Israel launched airstrikes on the Gaza Strip, which lasted 11 days and resulted in the deaths and injuries of thousands of Palestinians.-AA

Ukrainian forces carry out over 1,100 airstrikes against Russian targets