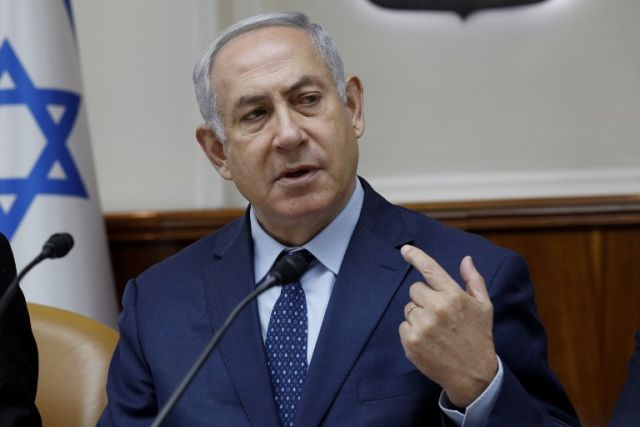 Jerusalem : Israeli Prime Minister Benjamin Netanyahu has vowed that his country will succeed in retracting Iranian forces from Syria, speaking ahead of his departure for talks in Moscow.

Netanyahu made the remark in a video statement before his departure to Moscow on Tuesday, where he will meet Russian President Vladimir Putin on Wednesday, Xinhua news agency reported.

“The focus of our talks will be the Iranian entrenchment in Syria,” he said in the Hebrew statement.

He added that Israel is already to “take action against” Iran by “attacking their bases”, referring to hundreds of deadly air strikes Israel’s air force has carried out in Syria.

“We will continue to act until we get the Iranians to leave Syria because Iran is threatening to destroy Israel and we will not allow it to set up a base close to our border,” he said.

The meeting is part of the continuing efforts by Israel and Russia to coordinate their moves on the Syrian battleground.

Russian forces have been fighting alongside the army of Syrian President Bashar al-Assad, while Israel has struck Iranian targets in Syria and arms convoys to Hezbollah, an Iranian-backed Lebanese militia.