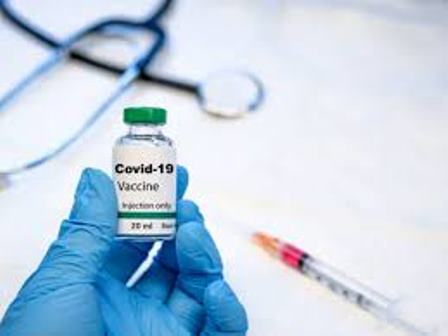 New Delhi:  Prominent body of practicing physicians, Progressive Medicos and Scientists Forum (PMSF) on Wednesday slammed the government’s vaccination policy dubbing it “criminal” mismanagement of corona vaccination.  It said instead of ensuring entirely public financing of vaccination, this government has lent even the vaccination drive to profiteering by private companies. The body urged the Medical and Scientific Community to speak up against the “misdeeds” of the government.

In a statement released by its president Dr Harjit Singh Bhatti and executive member DrVikas Bajpai, PMSF said that we do not know how many Indians have ever seen a tragedy and a national crisis as dark as is currently playing out in front of us in the form of the Covid tsunami.

It alleged that the government seems intent upon taking measures which are adding to the peoples’ suffering. Its corona vaccination policy announced Tuesday being one such measure.

The medico’s body emphasizes the following gaping holes in the policy for larger public awareness and immediate corrective action on part of the government.

1-Vaccine profiteering: It is shameful that rather than ensuring entirely public  financing of vaccination, which makes far better epidemiological and economic sense, the government has lent even the vaccination drive to profiteering by private companies by announcing that 50 percent of all the doses shall now be routed through open market. This is bound to lend the vaccine prices to all manner market manipulation for maximizing private profits.

Promises of free corona vaccination it appears are good only for winning elections, and dumping the people thereafter.

2-Massive public subsidies to private manufacturers: While the private sector in health is little known for living up to its public commitments, yet the government has preferred to place alleggs in private vaccine manufacturers’ basket- just two as of now, by deliberately undermining the huge potential of the public sector in this regard.

The government has extended a massive credit of Rs 3000 and Rs 1500 to the Serum Institute of India and Bharat Biotech respectively for augmenting vaccine production by them, as also a massive research grant of Rs 900 crores that was extended towards development of their respective vaccines.

The method in the madness is reflected in the fact that three major vaccine manufacturing units under the Ministry of Health and Family Welfare – Central Research Institute, Kasauli; BCG Vaccine Laboratory, Guindy; and Pasteur Institute of India, Conoor, which have the necessary capacity and expertise to boost vaccine production, have not even been considered for the job. While peoples’ money is being lent for private profit at peoples’ cost, the government has allowed public sector vaccine manufacturers to wither away in the name of these facilities costing hugely to the public exchequer.

3-Shifting responsibility without authority: The Prime Minister has made much noise about having given all authority to the states to directly procure vaccines from the manufacturers and in deciding about vaccine beneficiaries. The government’s policy states that – “Manufacturers would transparently make an advance declaration of the price for 50 per cent supply that would be available to State Governments and in open market, before May 1.”This is nothing but a poorly veiled attempt at allowing the private manufacturers free play at fixing the vaccine prices.

The body pointed out that in a situation where there is already a critical shortage of vaccine doses; it is the government’s responsibility to secure enough doses to meet states’ respective demands.

The situation demanded the Centre to procure vaccine supplies at a much reasonable cost through the public sector and extend liberal grants to the states.

4-Lack of epidemiological accuracy:It has been widely reported that the present surge is powered by a new double mutant indigenous variant of coronavirus, with a third mutation having been discovered now. These mutations are said to have affected the spike protein of the virus creating a possibility of the existing vaccines against the virus losing their potency. Indeed, the Hyderabad based CCMB (Centre for Cellular and Molecular Biology) has announced that it is studying the effectiveness of the available vaccines against this new variant.

Unfortunately, the government paid little heed to the epidemiological surveillance of the circulating viruses through planned genetic sequencing studies even though this double mutant variant had first been identified as far back as October 2020. Such muddle headedness carries the potential of jeopardizing the entire corona vaccination efforts of the country.

5-The government has belatedly included persons in the age of 18 to 45 years in the pecking order for corona vaccination; the tragedy however is it has run out of stock of grain to feed the hens. It is now talking of allowing import of vaccines of different makes. It is another thing that the virus shall hardly wait for the government to perfect its tools.

Adding to the list of such criminal negligence is the revelation that of the 10 lakh vaccine doses distributed to the states nearly 44 lakh doses were wasted due to faulty distribution policy of the government. Apparently, any benefit for the people is only incidental, while the government is only fishing for benefiting its fellow racketeers of the private sector.

PMSF calls upon the Medical and Scientific Community at large to speak up against the misdeeds of the government in subservience of its motive to ‘Serve the People’.

We are very close to a vaccine: Trump