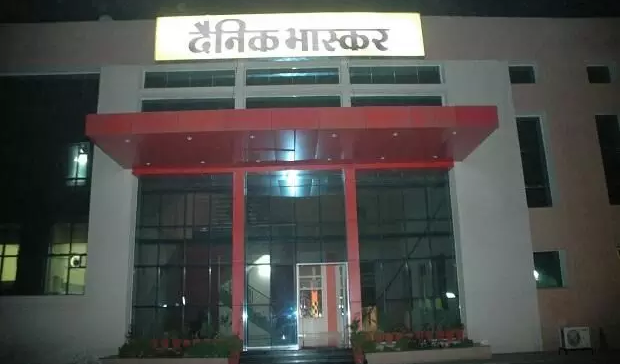 The searches in case of Dainik Bhaskar are being conducted in Bhopal, Jaipur, Ahmedabad, Noida and some other locations in the country.

The premises of TV news channel Bharat Samachar group and its promoters and staffers in Lucknow were similarly searched, they said.

There was no official word from the department or its policy-making body, the Central Board of Direct Taxes (CBDT) on the raids.

Sources said the action against the Bhaskar group included searches at the residential locations of its promoters in Madhya Pradesh’s capital city of Bhopal.

The two media groups have been critical of the COVID-19 management in the country and have done numerous news stories on the subject during the second wave of the pandemic that hit the country between April-May.

The Dainik Bhaskar group brings out newspaper editions in Hindi and Gujarati from various states.

The Bharat Samachar TV said on its official Twitter handle that searches are being conducted at the “house of its Editor-in-chief Brajesh Mishra, state head Virendra Singh, houses of some employees and the channel office.”

Congress leader and former Madhya Pradesh chief minister Digvijaya Singh said on Twitter that tax officials “are present” at at half-a-dozen premises of the Dainik Bhaskar group, including at its office at the Press Complex in Bhopal.

Reacting to the raids, Delhi Chief minister Arvind Kejriwal said they are an “attempt to scare the media.”

“Their message is clear that whoever will speak against the BJP government, they will not be spared. Such thinking is very dangerous. Everyone should raise their voice against this,” he said in a tweet.

“These raids should be stopped immediately and the media should be allowed to work freely,” he added.-IANS