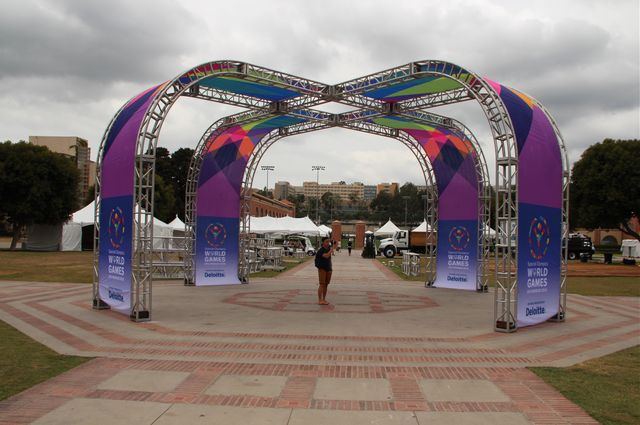 Hillary Clinton made the line “It takes a village” famous. The Olympic Village in Rio de Janeiro brought that line to life.

In between the opening and closing, the Olympic athletes demonstrated their commitment, courage and compassion and created magical moments that brought hope and joy to the viewing audience. That’s not to say that there weren’t a few clouds and pesky showers created as well.

But, overall, rays of sunshine dominated the Olympic skyline.

There were so many memorable moments that it would be impossible to describe them all in this short blog. The ones that stood out for us ranged from the exceptionally talented doing what they were expected to do, to those who weren’t expected to excel or win doing so, to those who did their very best but did not win, and examples of sportsmanship that transcend personal boundaries and national barriers.

They began with the opening ceremony itself. Rio didn’t have the cash to put on an extravaganza of the type that London did in its opening ceremony. But, it didn’t need it.

Directors Fernando Meirelles and Daniela Thomas put together a fantastic and stunning show using digital projection technology to avoid the significant expense of building multiple sets. Choreographer Deborah Colker had a group of around 300 professional dancers and 5,000 volunteers swinging, swaying, and sambaing as only Brazilians can do to a wide variety of musical types that are all their own.

Then, in came the Parade of Nations. 207 nations and over 10,000 athletes marching but also dancing a little as well (and, we should add snapping selfies) as they got caught up in the rhythm that is Rio.

The show stopper in the parade, however, was not a nation but the refugee team made up of 10 displaced athletes from four countries (South Sudan, Syria, Ethiopia and the Democratic Republic of the Congo.) These athletes representing over 60 million displaced persons around the world received the second loudest ovation of the night — the loudest going to the home team of Brazil.

After that, let the games begin. And, they did.

Things did not always run perfectly. For example, the Olympic diving pool turned green for a few days. But, for the most part, Rio and the Olympic venues exceeded what had been pretty low expectations in the run up to the Olympics.

Phelps won five gold medals and one silver medal in Rio. He has now garnered a record setting 28 medals in the four Olympics in which he has competed.

We concur with the assessment of Michaels and Costas and appreciate the privilege of being able to watch these great and possibly the greatest athletes. Their performances are emblazoned in our memories — as are so many other magical moments.

To name just a few:

?Brazil winning the soccer gold medal in a shootout with Germany after two overtime periods. Brazil won it on the final penalty kick by Neymar, their star forward who plays professionally in Spain for Barcelona. This victory meant much for the country of Brazil because although it had won five World Cups it had never won in the Olympics and had lost to Germany 7-1 at home in the semifinals of the World Cup in 2014. The win meant much to Neymar also as evidenced by his uncontrolled crying after scoring the goal.

Here’s to some things meaning more than money.

?Simone Manuel winning the gold metal along with Canadian Penny Oleksiak in the women’s 100 meter freestyle. This made Manuel the first African American swimmer to win an individual swimming medal. After her race, she said, she entered the race with

“the weight of the black community” on her shoulders and went on to state, “I would like there to be a day when there are more of us and it’s not ‘Simone’ the black swimmer.”

Ms. Manuel added a gold medal and two silvers to her Olympic take in relays. Here’s to Manuel and her successors continuing to make waves.

?Galen Rupp long distance runner from Oregon finishing fifth in his specialty the 10K and then coming back eight days later to win the bronze in the marathon – only the second time that he had run the 26.2 mile distance. After not medaling in the 10K, Rupp said,

“You gotta have a short memory in this sport sometimes, and I’m just going to be focused on recovery — a lot of ice baths, massage, stretching, and all that stuff and getting ready to have another race.” After his third place finish in the marathon, Rupp said he was inspired by the watching the movie Happy Gilmore. Here’s to Happy Gilmore and second chances.

?New Zealand runner Nikki Hamblin and Abbey D’Agostino from the USA lying on the track after D’Agostino clipped Hamblin in the women’s 5,000 meter. D’Agostino rising and helping Hamblin to her feet. Saying, “Get up. We have to finish this.” For a while,

they tried to complete the race together. But, D’Agostino’s ankle was sorely hurt. So, eventually Hamblin went ahead by herself. She finished her race and realized that

D’Agostino was still persevering. Hamblin waited for D’Agostino to cross the finish line and hugged her. Then, as they were about to take D’Agostino off the track in a wheel chair Hamblin reached out to her and she and D’Agostino grasped forearms. Here’s to the

?Kerri Walsh Jennings and April Ross winning the bronze medal on the sand in women’s beach volleyball by taking two sets after losing the first set to the Brazilians. This victory came less than 24 hours after Walsh Jennings lost her first match out of twenty-sevengames played over four summer Olympics. After the match, Jennings declared, “It’s crazy what 24 hours can do. This is a highlight of my athletic career without a doubt.” Here’s to losing and winning with dignity and perseverance.

As we noted the closing ceremony for the Olympics was conducted in the rain. Following that ceremony the athletes packed their bags and left the Olympic Village. Among them were some winners and many more losers.

But, one of the winners from this Olympics will definitely be Rio de Janeiro and Brazil. In spite of all of the worries and concerns in advance of these games, the city and the country definitely pulled it off — maybe not at the gold medal level, but definitely at the silver or bronze.

The other winners from this Olympics were we mere mortals who were not in the Olympic Village but who were entertained, inspired and motivated by those who were. Our thanks and sincere gratitude goes to those who were in that village in Rio de Janeiro.

We await with great anticipation those who will be in that village in Tokyo, Japan. We look forward to their renewing us again and reminding us of our human potential and shared humanity.

It takes a village — an Olympic Village.