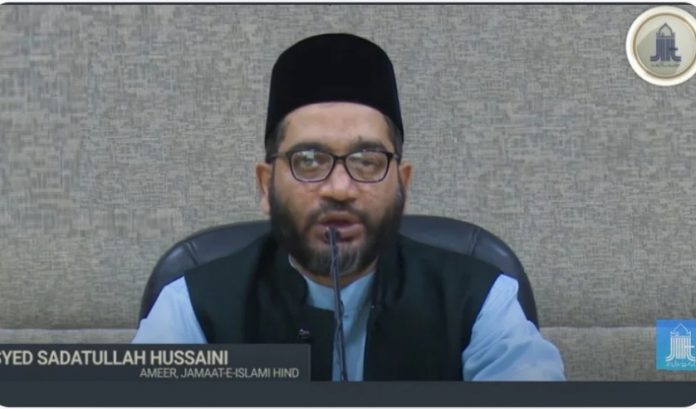 In a statement to the media, expressing disagreement over the government’s decision to ban the PFI and its affiliates, the JIH President has said that banning an organisation is neither a solution nor does it suit a democratic society.

Mr. Husaini added, “the culture of banning the organisations is in itself a clear violation of the fundamental rights protected by the Constitution and goes against the democratic spirit and basic civil liberties.

People may have differences with these organisations, their policies and the rhetoric. We have also always opposed them on several counts but that is not the reason to ban an organisation and harass its cadres. It is the duty of the police and administration to maintain law and order in the country. If any individual breaks the law or commits any crime the individual can be prosecuted and dealt as per the provisions of law. The courts will decide about allegations against them, where those individuals will also have a chance to prove their innocence. However, to ban an entire organization on flimsy and unsubstantiated grounds is unjustified and undemocratic.

Recently, we have witnessed many fringe and radical groups openly indulging in hate-mongering and calling for violence. These groups are operating with impunity and no action is being taken against them whatsoever.

Hence, the ban appears selective, discriminatory, and biased. It will increase the trust deficit between people and the government and send a wrong message to the country. We demand that the ban be revoked at the earliest.

Hours after the ban, PFI dissolves the organisation, declares it will accept the government’s decision