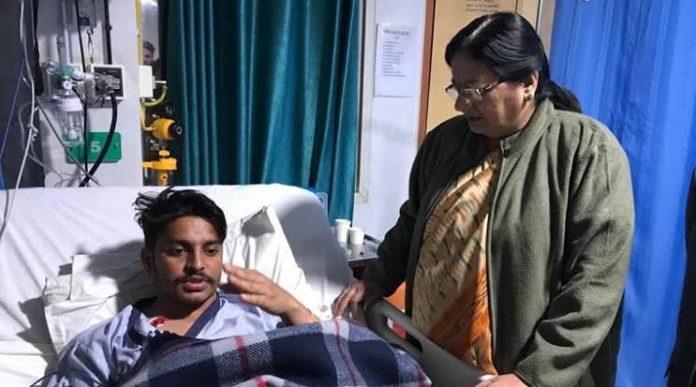 New Delhi, Feb 10 Jamia Millia Islamia Vice Chancellor Najma Akhtar, along with other senior officials of the varsity, visited Al Shifa Hospital on Monday night to see students injured during the stand-off with Delhi Police earlier in the day.

A senior varsity official said: “Though there was no baton-charge by Delhi Police but some instances of scuffle had left minor injuries to our students. Najma maam went to see them.”

Earlier in the day, an anti-CAA protest march to Parliament called by the Jamia Coordination Committee was blocked by Delhi Police after the protesters were stopped near the Holy Family Hospital which is walking distance from Jamia Millia Islamia.