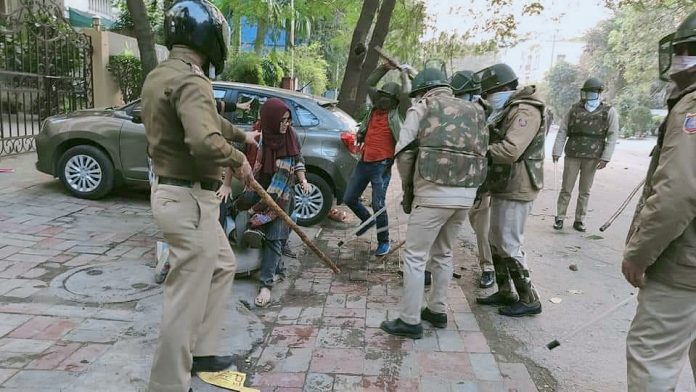 New Delhi, Feb 20 The Delhi Police Crime Branch on Thursday recorded statements of 10 students of the Jamia Millia Islamia in connection with videos of alleged police brutality inside the varsity campus on December 15.

A senior police officer of the Inter State Cell told over the phone, “Ten students are currently recording their statements in connection with the different videos which have surfaced about the December 15 incident last year.”

The statements were being recorded at the Inter-State Cell office of the Crime Branch in Chanakyapuri. There has been an attritional war over the four videos.

A notice sent to the students by the investigating officer reads: “In exercise of the powers conferred under sub-section (1) of section 160 of Cr.P.C, I hereby inform you that during investigation of case. It is revealed that there are reasonable grounds to question you to ascertain facts and circumstances from you, in relation to the present investigation.”

It further stated that failing to comply with the said directions can lead to legal action under section 175 of the Indian Penal Code (IPC).

The SIT spent about three hours at the campus and interacted with the staff and students, the Delhi Police said in a statement.

The SIT team visited the university library and inspected the places seen in the video. The Chief Proctor of the university cooperated with the team, it added.

When asked about the students seen with stones in the video, Azim said the police should reveal the truth of this video also.

According to a Delhi Police official, who is part of the investigating team, the videos “are suspicious. Anyone can guess that who will be benefited through this controversial videos? Nevertheless, our job is to investigate so we are doing that.”