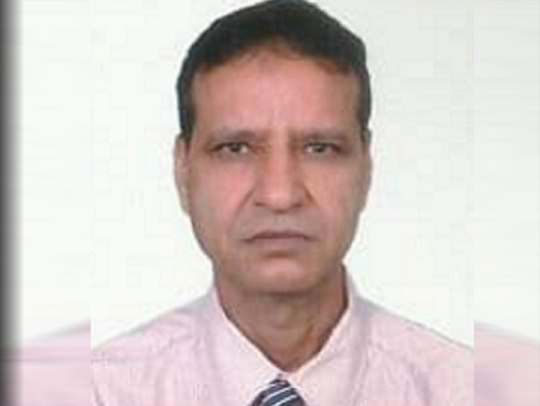 Jamia Millia Islamia’s Prof Imran Ali has been selected as leading scientist in India in the field of Analytical Chemistry by the Standford University in the US.

Prof Ali, who is on the faculty of Jamia’s Department of Chemistry, was ranked 24th in Analytical Chemistry in the world by a group of scientists from the US varsity. He is known the world over for research on anti-cancer drugs.

The list was published in renowned journal PLOS Biology. The world journal published the list of 68,80,389 scientists for excellence in various scientific fields, in a research paper entitled ‘Updated science-wide author databases of standardized citation indicators’ authored by John PA Ioannidis and others.

Twelve other researchers from the JMI have been included in the list of top two per cent scientists across the world.

Prof Ali has so far authored 462 research papers, books, patents etc whereas his technical reports and other presentations in seminars and books have been published in countries like the US, UK and Netherlands.

He is also involved in collaboration with scientists of 12 countries in international research in his field of specialisation.

Jamia Vice Chancellor Prof Najma Akhtar said: “It is a matter of pride for the Jamia Millia Islamia that Prof Ali has been selected as number one scientist in analytical chemistry in India.”

This honour has come at a time when the Jamia is celebrating 100 years of its Foundation Day, the V-C said, adding that it proved that the institution was the best in research and teaching.

Meanwhile, Prof Faizan Ahmad, INSA Senior Scientist at the Centre for Interdisciplinary Research in Basic Sciences, has also been adjudged as 4th top scientist in the country in the field of biophysics.