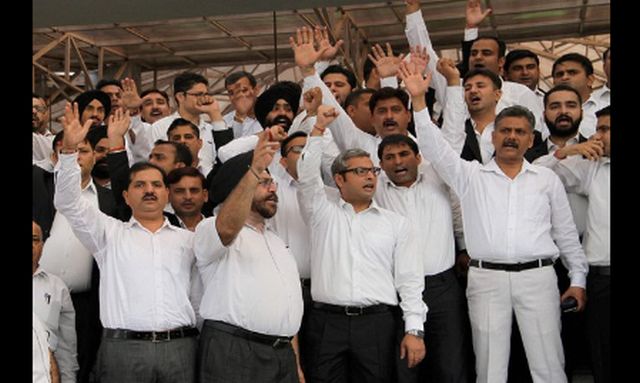 Jammu : The Jammu Bar Association on Saturday sought compensation and security for the Kathua rape and murder victim’s family.

The Association made the announcement through a press release.

Association President B.S. Slathia also called for a candlelight vigil here on Saturday evening to press for justice and demand exemplary punishment to the perpetrators of the heinous crime.

Earlier, lawyers of the Jammu and Kathua Bar Associations tried preventing a woman lawyer from appearing for the victim’s family.

On Friday, the Supreme Court directed the Association to ensure that access of justice was not denied to the family and that no obstruction was caused to them.

The court also issued notice to the Bar Council of India, Jammu and Kashmir Bar Council, Jammu Bar Association and Kathua District Bar Association seeking response as it was brought to its notice that lawyers did not allow the the filing of the chargesheet.

In January, the eight-year-old victim went missing while grazing horses in Rassana forest in Kathua district. Her body was recovered a week later.

Investigations revealed she was held captive inside a temple, and was sedated before being repeatedly raped and murdered.