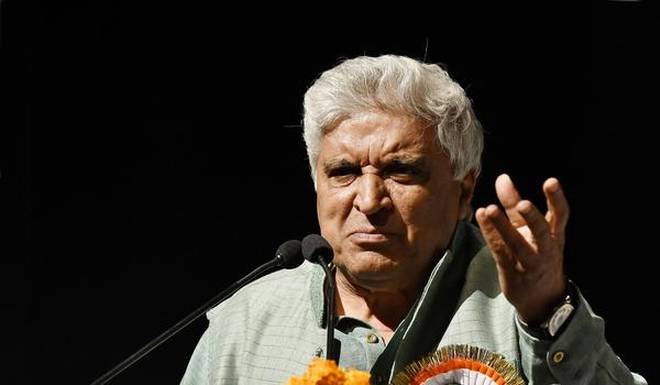 In an interview between lyricist and screenwriter Javed Akhtar who recently won Richard Dawkins Award for critical thinking and contributing to human progress and Sidharth Bhatia, the founding editor of the Indian news and opinion website The Wire, Javed Akhtar said that if someone is a rationalist, then they have no choice but to be an atheist. He was speaking about the interlacing relationship between rationalism and atheism where he said that a theist cannot be a rationalist. Only an atheist can.

As a theist who happens to be a Muslim, I awaited Sidharth to react to the extraneous remark, but I was taken aback when he gave an approving nod. In fact, no one called out Javed Akhtar. And, it is a pattern. When an atheist talks about anything related to Science or Philosophy, people tend to take them on the face value. Hence, they are not scrutinized as much as a theist would be. As a matter of fact, it goes against the plinth of atheism—which is nothing but scrutiny of religious dogma—for which Javed Akhtar won the Richard Dawkins Award in the first place.

It seems like Javed Akhtar used the word rationalist where he should have used empiricist. His idea of rationalism where atheism is mandatory fits in the definition of empiricism. An empiricist must be an atheist because they solely rely on sensory perception to gain knowledge. As God and other supernatural entities are unobservable, they reject their existence. For a rationalist, knowledge can be formed by both sensory perception as well as reasoning. Therefore, they can be a theist because even if they cannot see supernatural entities, they can prove that they exist using logic and reasoning.

It is not just about the misused terminology. To contend that a theistic belief in God is irrational is sheer patronizing. The way Javed Akhtar contended it with an unyielding confidence increases the patronizing weight that he pressed against theists. And, it is again a pattern. A lot of atheist thinkers show an ostentatious credence when they express their views about the world and God and claim a natural possession of the faculty of superior intellect. For some reason, there is an association of atheism and logic by default even though an atheist can also have illogical views.

Being a theist who happens to be a Muslim, my belief in God comes from a different place than Javed Akhtar’s disbelief comes from. The noble Qur’an uses both rationalism and empiricism when it comes to the belief in the existence of God. It asks the profound question “do you not reason?” on several places, which is a rationalist style of reasoning.

“Do you order righteousness of the people and forget yourselves while you recite the Scripture? Then will you not reason?” [Qur’an 2:44].

It also asks, “do you not observe?” which is an empirical question.

“Did the disbelievers not observe that the heavens and the earth were closed, then We opened them? And We created from water every living thing. Would they still not believe?” [Qur’an 21:30]

Beyond empiricism and rationalism, Qur’an also encourages other thinking mechanisms. It asks metaphysical questions to make the reader ponder on fundamental questions of existence.

“Or were they created by nothing? Or were they the creators [of themselves]? Or did they create the heavens and Earth? Rather, they are not certain,” [Qur’an 52: 35 – 36]

The most sublime incongruity between Islam and atheism is the scope of the underlying system of ideas. While atheism is based on philosophical naturalism—the idea that everything in the universe is based on the laws of nature fashioned and governed by no one, Islam is based on the idea that almighty God used his infinite wisdom to create the universe and the laws that govern it. One objection that atheist thinkers have on it is how the world could be flawed and unkind even if it is made by a God with infinite wisdom. Sometimes, it is also called the problem of evil.

They contend that if God is good, then why do famines and earthquakes come? I say what about rain, flourishing crops, and the qualities we humans have—the millions of neurons in our brain that allowed us to make a vaccine, books that drive human progress, and hunger relief organizations. While they count war, hunger, and diseases that implies God is cruel, they overlook the things that imply that God is kind and merciful.

When atheists object that God is all about the fear of the hell, they fail realize that fear is just one of the many aspects of human life. Qur’an uses reward, punishment, humility, reasoning, and emotions to make the readers reflect on its verses. This is what I referred as sublime inconsistency between Islam and atheism earlier. Atheism restricts itself the material aspects of the universe. Whereas, Islam encourages that one goes beyond materialism and uses one’s intellect to its entirety.

I like to call it the Javed Akhtar Problem: the problem in the atheistic belief that it restricts one’s mind to what it can see. And Islam solves it by extending the scope of this aspect to both observation and reasoning. At the same time, it keeps one humble as the Qur’an reminds the readers about the finiteness of the humankind. If I were to put it in one sentence, it would be like this: atheism is a fish in a pond and Islam is that pond in which many of such fish live.