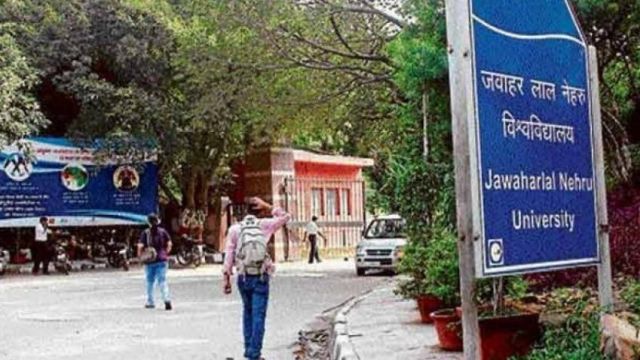 New Delhi : Facing a total lock-down, the Jawaharlal Nehru University (JNU) on Monday proclaimed teachers’ and students’ demands as “completely unreasonable” and appealed them to not obstruct study of non-agitating students.

The JNU Students’ Union (JNUSU) and teachers’ association have the university under a complete lock-down, with hardly any classes being held, since last Monday over various differences with the varsity administration, including sexual harassment charges against a number of professors and alleged scuttling of reservation in admission for the SC, ST, and OBCs.

“Some teachers have demanded to ‘reinstate the faculty members who were summarily dismissed from their administrative posts as dean/chairperson’, to ‘put on hold implementation of all the decisions’ regarding holding of M.Phil/Ph.D. viva through video conferencing, mandatory attendance for students, de-linking of M.Phil/Ph.D. programmes etc.

“All these demands are completely unreasonable and tantamount to going against JNU rules and regulation,” the university Registrar said in a note appealing the protesters to call off their strike.

The administration attacked the JNU Teachers’ Association (JNUTA) especially, accusing it of violating the university rules by “organising protests, demonstrations and marches in the prohibited area” despite their advice.

“The administration urges the JNUTA and JNUSU office bearers to refrain from all those activities that have vitiated the academic atmosphere of the university and prevented normal functioning of various offices,” it added.

On Monday, the JNUTA announced an extension of its strike for another three days. Responding to this, the administration warned the teachers of non–payment of their salaries for the days they were on strike “under the principle of ‘no work, no pay'”.

Later, in another note, the administration invited the agitating teachers for a “discussion… to put forth their views on this critical issues”.