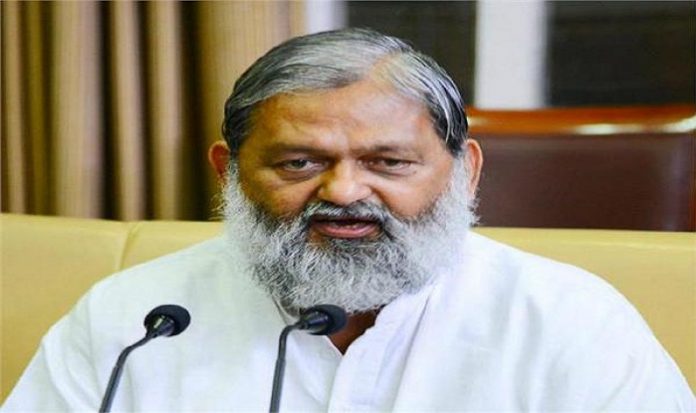 Haryana: The BJP health and sports Minister of Haryana cabinet stir a new controversy with his recent statement in which he said; “it should be made mandatory for every Indian citizen to join RSS for a specific period of time”.

While talking to the news agency ANI he appreciates the decision of former president Shri Pranab Mukherjee for accepting the invitation of an event organized by Nagpur based Rashtriya Swyam Sevak Sangh (RSS).

Recently, the former president has been invited as the Chief Guest at the Convocation of RSS volunteers (RSS pracharaks). The program is scheduled on June 7 at the RSS headquarters located in Nagpur. On that, an RSS official confirmed that the former President has accepted their invitation as well the official announcement will be made in one or two days. 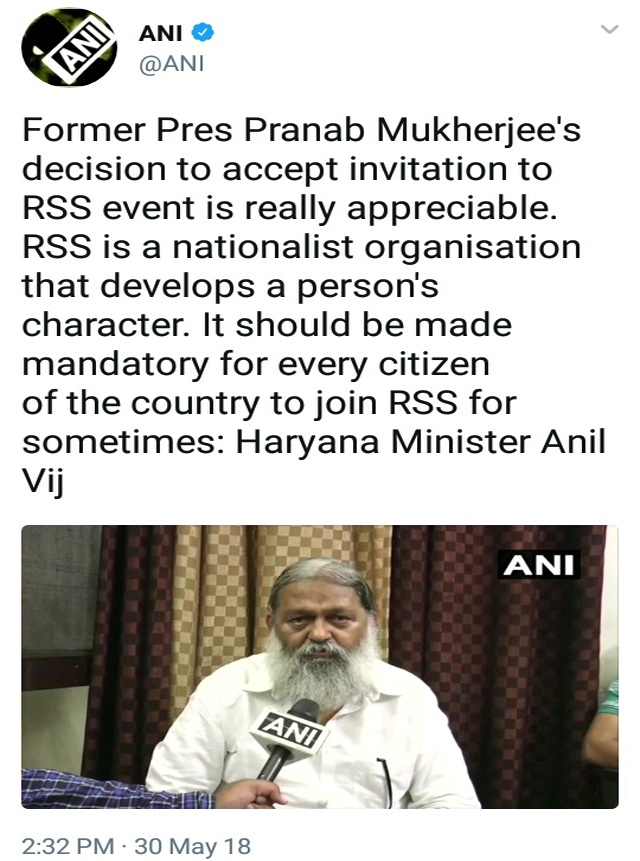 While the Indian National Congress refused to make any official statement in regards to the former President Pranab Mukherjee’s acceptance of the invitation to join the chief guest in the program of RSS.

But recently the Congress Leader Ramesh Chennithala wrote to former president and requested him to refrain from attending RSS event on June 7.