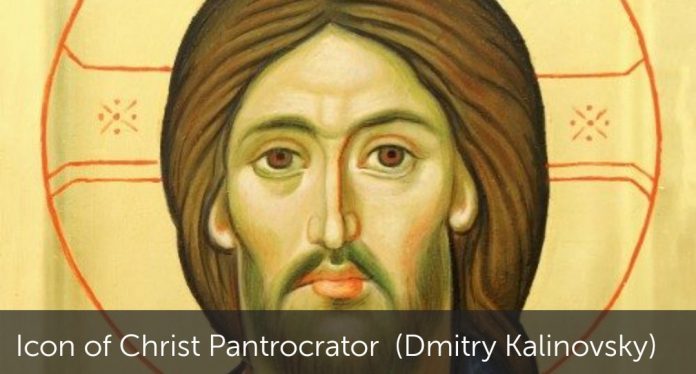 Jews say the Messiah (anointed one) will be a son (descendant) of King David (who had a very large number of descendants). Jews believe that Jesus, a young rabbi/teacher, was falsely accused by the Roman rulers of the Land of Israel, of claiming he was ‘The King of the Jews’ (Mark 15:2 & 18, Matthew 27:11, Luke 23:3, and John 18:33 & 19:21). At the same time Jesus was being proclaimed by some of his followers to be ‘The Son of God’.

Christians say the Messiah (Christ is Greek for the Hebrew word Messiah) is the only Divine Son of God. So who is right?

As the Qur’an states: O People of the (Gospels) Book! Commit no excesses in your religion: Nor say of Allah anything but the truth. Messiah Jesus, the son of Mary, was (only) a messenger of Allah, and His Word, which He bestowed on Mary, and a spirit proceeding from Him: so believe in Allah and His messengers. Say not “Trinity”: desist: it will be better for you: for Allah is one Allah: Glory be to Him above having a son. To Him belong all things in the heavens and on earth. And enough is Allah as a Disposer of affairs. (4:171, Yusif Ali) .

But while this verse in the Qur’an demands that people desist from saying “Trinity” it also says  that Jesus is a Messiah, plus God’s Word; and a spirit proceeding from Him (God). So the Qur’an credits Messiah Jesus as being a  Word of God. What does this mean? The Qur’an (43:61) states: “And (Jesus) shall be a Sign (for the coming of) the Hour (of Judgment): therefore have no doubt about the (Hour), but you (should) follow Me: this is a Straight Way.”

Jews do not believe that Jesus was the Messiah, son of David; because the Messianic Age of international peace clearly has not yet come about. But Jesus could have been a Messiah, son of Aaron or Joseph (Yusuf) who according to rabbinic teachings will be killed by the anti-Messianic forces (Romans or modern Romans) before the coming of the son of David Messiah, and the final judgement and resurrection.

A Dead Sea scroll states that the Qum’ran community must live according to the original discipline “until there shall come a prophet (Elijah) and the Messiahs of Aaron and Israel” (Manuel of Discipline 9:11).

There is also a rabbinic belief in a messianic figure from the northern tribes; a son of Joseph, Mary’s husband, who is killed by Roman enemies. Jews say that Jesus was not the “son of David’ messiah; but since all messiahs are always human; even if this ‘son of Mary’ was a messiah for Christians, he was definitely not the Divine son of the one and only God.

In the Qur’an, Jesus is referred to in ninety three verses in fifteen different chapters; and is mentioned by name twenty-five times as “son of Mary” or “Messiah Jesus, son of Mary”.

Islam agrees with Christianity that Jesus was born to a virgin, was sinless like all prophets,  performed miracles, and was superior to other prophets. Both Islam and Judaism teach that Jesus was not in any way Divine. Jews think Jesus was no more than a highly spiritual Rabbi.

Islam teaches Jesus was no more than a highly spiritual prophet and a word/sign of Allah. (Qur’an 43:61) Islam, denies the central teaching and belief of Christianity by denying Jesus’ divinity, crucifixion, and resurrection. Judaism denies the divinity of Jesus; but not his crucifixion. Both Islam and Judaism deny the Christian belief in original sin.

Jews and Muslims are both in fundamental agreement that neither Jesus, nor any other human, should be worshiped as a God, or as any part of the one and only God.

And millions of American Christians now also believe the same thing. A recent report by Gallup of a review of over 174,000 interviews conducted in 2015 found that only 56% of Christians believe that Jesus was Divine, and 26% say he was a great man, but only a human religious or spiritual leader like Moses, Mohammed or Buddha (18% are not sure what Jesus was).

It is not surprising that almost none of the Jews, Muslims or Buddhists polled believed that Jesus was God or the Son of God. But it is surprising that only 56% of American Christians in our generation are Trinitarians.

About 5-6% of Americans identify with a non-Christian religion. What do they think about Jesus? While many, but not all, Buddhists pray to Buddha; there are no Jews or Muslims who pray to Moses or Muhammad. Indeed, one of the most important teachings in their sacred scriptures, the Hebrew Bible and the Arabic Qur’an, is the prohibition of praying to anyone other than the one and only God.

Rabbi Allen S. Maller has published over 650+ articles on Jewish values in over two dozen Christian, Jewish, and Muslim magazines and web sites. Rabbi Maller is the editor of “Tikunay Nefashot,” a spiritually insightful High Holy Day prayer book, and a popular account of Jewish Mysticism entitled, “God, Sex and Kabbalah.” His most recent books are “Judaism and Islam as Synergistic Monotheisms’ and “Which Religion Is Right For You?: A 21st Century Kuzari” both available on Amazon.

Islam and Judaism (Part One )