Chennai: Former Bombay High Court judge, Justice B G KolsePatil, one of leading rights defenders in the country, has been elected as the new chairman of the Movement Against UAPA And Other Repressive Laws (MURL). The Central Committee of MURL on Tuesday held its here to elect the new chairman of the organization which has been spearheading the movement for the removal of these repressive laws. The meeting also condoled the death of Maulana Mohammed Wali Rahmani who was chairperson of MURL since the launch of the movement. 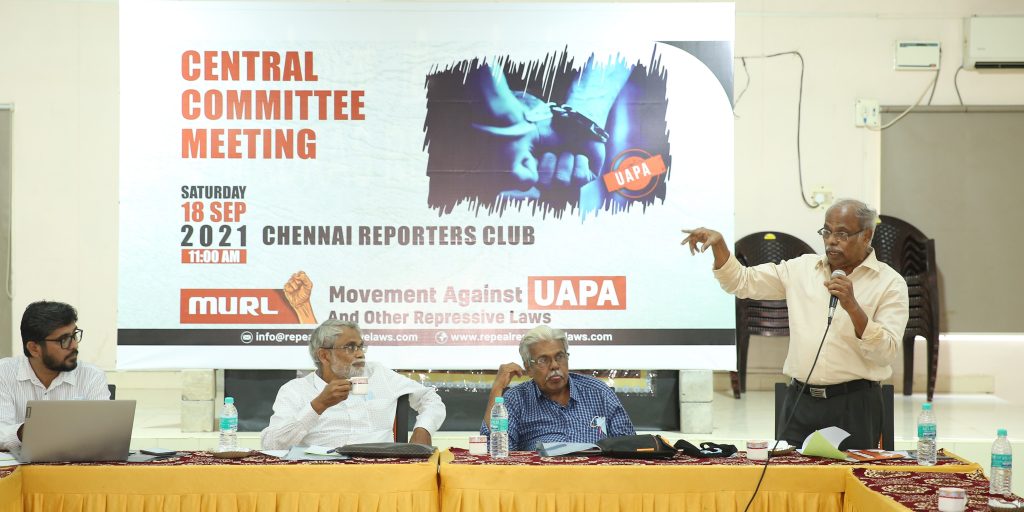 Justice B G KolsePatil is a senior activist who resigned from the judiciary in 1990 to engage more in social service. He founded the Lokshashan Andolan (People’s Democratic Movement) and spearheaded various grassroots movements throughout Maharashtra for social and economic justice to rural population, Adivasi communities, and small farmers and displaced people. He has been part of fact-finding teams which investigated several matters of civil rights and social justice.