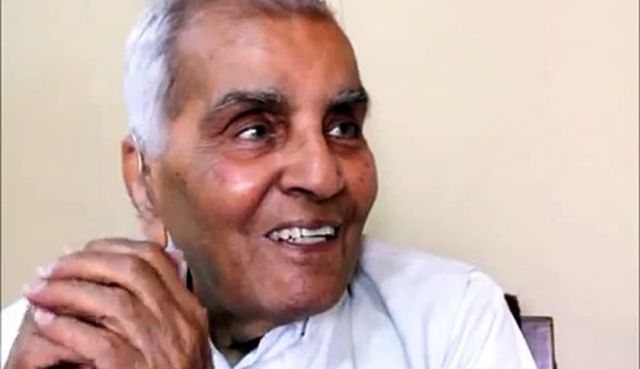 Alas, Justice Rajinder Sachar is no more ! The world has hardly seen individuals like him in recent centuries. The very acceptance to chair the prime minister’s high level committee to report on Indian Muslim status in 21st century speaks volumes about his unique humaneness rejecting every strand of parochialism and raising the bar of philanthropic values.

Wading against the societal tide of deeply ingrained selfishness Justice Sachar argued that comfort zones are waste lands where nothing grows. His Report of 2006 stands out by itself in independent India. It is so richly documented that even the strongest political opponents of the then ruling dispensation could not gather wit to show it down. Also a couple of writ petitions against the Report had still birth.

Taking cudgels for the deprived he asserted himself eloquently yet spoke in low voice. During his whirlwind tour across India in 2004-05 when the PM’s HLC was in session he made it a point to interact everywhere with kaleidoscopic cross sections of local men, women and youth of various hues and gave them long patient hearings. Based on these inputs coupled with available authentic data he used to later sensitize senior political and bureaucratic functionaries in government ministries and departments. Ultimately he had a fair and firm session with the chief minister before making up his mind as to what should be written in the report for the state he was visiting.

The Sachar Committee was told by the people in Assam about widespread official misuse of the Special Powers Act particularly in identifying as to who is a ‘foreigner’. The matter came up later in the meeting with state machinery which was denying the allegations. Yet, when asked as to the parameters basing on which a person was treated as foreigner a young officer sitting there innocently confessed, “lungi, darhi aur topi” (the cloth that Assamese Muslims wrap around the waist downward, beard and skull cap) after which senior officers went into frenzy inviting Justice Sachar’s wrath.

Sachar J. also invited people from all directions for multiple round table conversations in Delhi’s India International Centre and appointed dozens of consultants and task forces to study specific aspects of his mandated field viz Muslim life in India. Incidentally, that was the time when USA and many other countries were carrying out similar exercises of apprising themselves about the Islamic life in respective parts of the world.

On March 10, 2017 he organized in Delhi a one day conference for the decadal review of the implementation (and lack thereof) of his Report noting despondently that the three intervening provincial reports of Maharashtra, West Bengal and Karnataka had shown further downward trends in Muslim status.

Very recently during the question answer session after his public speech I had once asked him what to do if even the judiciary seems to be going against the constitutional mandate trampling upon human rights in the garb of protecting the so called national interest. He said, “come on the street and I would lead from the front”.

The high value that he practiced and imparted to the humanity was fearing only God and none of His creatures and yet speak the truth even in the wake of apparent danger for oneself. He thus took care of the upcoming generations of human beings – at times risking his personal security and sacrificing avenues for personal aggrandizement. May his noble soul Rest in Peace.