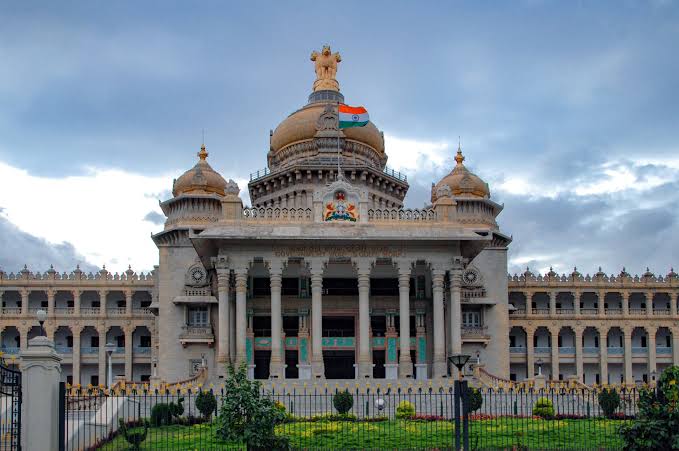 BELAGAVI:  The Karnataka government on Tuesday tabled the controversial Karnataka Protection of Right to Freedom of Religion Bill, 2021 popularly known as Anti-Conversion bill in the assembly in Suvarna Vidhan Soudha at Belagavi. The discussion on the proposed bill will take place on Wednesday.

The bill proposes protection of right to freedom of religion and prohibition of unlawful conversion from one religion to another by misrepresentation, force, undue influence, coercion, allurement or by any fraudulent means and for the matters connected therewith or incidental thereto.

“No person shall convert or attempt to convert, either directly or otherwise, any other person from one religion to another by use or practice of force, undue influence, coercion, allurement or by any fraudulent means or by any other means or promise of marriage, nor shall any person abet or conspire such conversion,” the bill says.

The act underlines that, provided that if any person reconverts to his immediate previous religion, the same shall not be deemed to be a conversion under this Act.

“Allurement” includes any gift, easy money or material benefit either in cash or kind; employment, free education in school or college run by any religious body; promise to marry or portraying practice, rituals and ceremonies or any integral part of a religion in a detrimental way vis-a-vis another religion; or glorifying one religion against the another religion, according to the bill.

According to new law, any converted person, his parents, brother, sister or any other person who is related to him by blood, marriage or adoption or in any form associated or colleague may lodge a complaint of such conversion which contravenes the provisions, the offence is made to be non-bailable and cognizable.

The bill also proposes grant of appropriate compensation by the accused up to Rs 5 lakh. If the accused repeats the offence the bill proposes jail term of not less than five years and liable to pay fine of Rs 2 lakh.

Opposition leader Siddaramaih ripped into the government for bringing such a bill and said that the bill is being brought in a hurried manner. There is a court stay on the proposed bill of the Gujarat government.

Speaker Vishveshwara Hegde Kageri stated that the members of the house must thank him for providing the bill in advance and the discussion will be allowed on Wednesday. Minister for Revenue R. Ashok stated that, the bill is being tabled in the house before the members and it is not fair to say that it is being brought in a hurried manner. -IANS