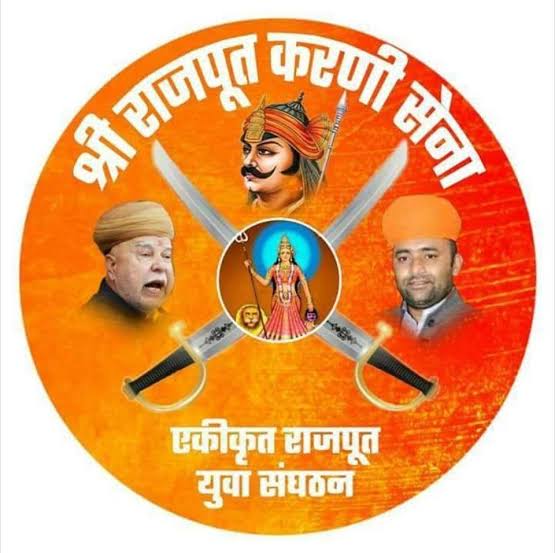 The Karni Sena has now come out in support of the accused in the Hathras and Ballia incidents where the accused persons belong to the Thakur community.

A delegation that was on its way to Ballia to meet the accused, Dhirendra Singh, who had shot dead a man during a panchayat meeting on October 15, was stopped by the police.

Senior vice-president of Karni Sena, Dhruv Kumar Singh said, “During the allotment of ration shops, the other side indulged in a fight with Dhirendra’s 84-year-old father due to which he fired in self-defence.”

Earlier, BJP MLA from Bairia Assembly seat, Surendra Singh, had defended Dhirendra Pratap Singh and demanded a CB-CID probe in the matter. However, he was pulled up by the BJP leadership and warned not to issue any statements in this regard.

“It is true that he committed the crime but action should also be taken against those who compelled him to do so. BJP MLA Surendra Singh is saying the same thing and our Karni Sena supports him,” he added.

Karni Sena president, Veer Pratap Singh Viru, alleged that the administration was targeting the accused and vowed to launch an agitation to seek justice for him.

The Karni Sena has also announced support for the accused in the Hathras alleged rape and murder incident. The four accused belong to the Thakur community.

“Now that there are reports that 104 calls were made between the victim and the accused, and the case has taken on a new colour. The CBI should reveal the mobile locations of the four accused at the time of the incident so that the truth can come out in the open. You cannot ensure sympathy for anyone simply on the basis of caste,” the Karni Sena leader said.

Karni Sena members had also participated in the Thakur panchayat that was held in Hathras in support of the accused earlier this month.