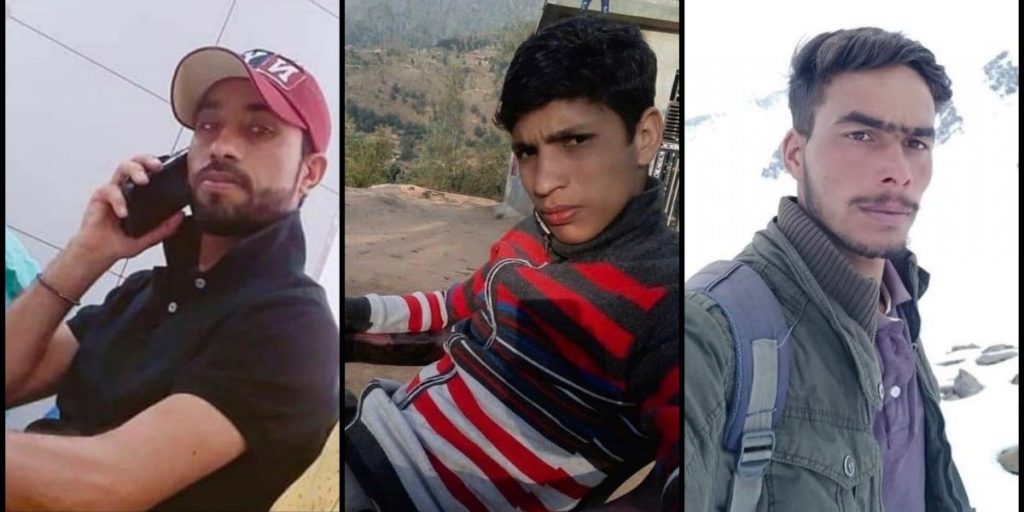 The bodies of the three labourers killed by the Indian Army, which called them terrorists but later admitted that there was “prima facie evidence indicating that during the operation, powers vested under the AFSPA were exceeded”, were exhumed and handed over to their families.

Bodies of the trio killed in Shopian by the army were exhumed on Friday night in Baramulla and handed over to their families from Rajouri district, reported a local news agency, Global News Service (GNS).

There has been persistent demand from the families to seek bodies as well as immediate arrest along with stern punishment to those behind the killings. The victims have been identified as Abrar Ahmed (25), Imtiyaz Ahmed (20) and Mohammed Ibrar (16).

On 30 September, Inspector General of Police, Kashmir, Vijay Kumar said the since the DNA samples matched with the families, the bodies will be exhumed and handed over to families after the due process of law.

While talking to media, parents and other relatives of the victims that they are not getting fair treatment from the bureaucracy and police. “Even for the exhumation of the bodies, we have to knock on many doors even after police said that we can take them to our native villages for burial,” one of their relatives told the Sunday Guardian.

Asked if the families have been compensated by the UT administration or by the Central government, he said that so far, they have received nothing.

Belonging to very poor families of a remote village in the mountainous district of Rajouri which witnesses a lot of border shelling, these three young cousins had come to Shopian to earn some money to carry on their education before they were killed by the army.

Police have said that they are in the final stage of investigation into the Shopian fake encounter case and two persons stated to be army informers have been detained and taken to judicial remand.