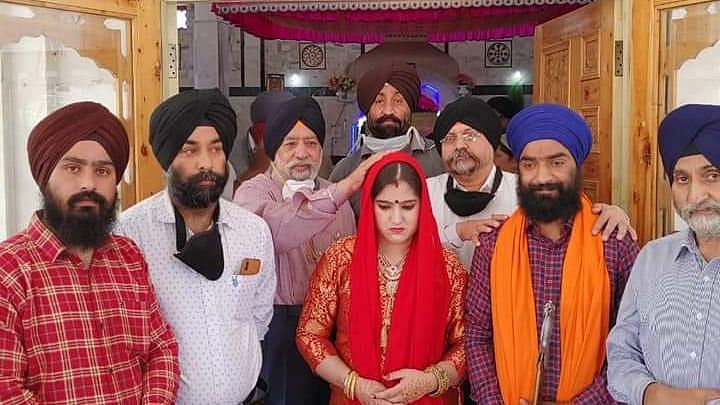 New Delhi: Pragatisheel Mahila Sangathan (PMS) on Monday slammed the Delhi Commission for Women for its inaction with regards to the Sikh Kashmiri woman who married a Muslim man but later, with the intervention of Sikh leaders, she was re-married to a Sikh man and brought to Delhi from Srinagar.

”The chairperson has not yet arranged a meeting with the girl nor herself have gone to meet the girl nor sought her whereabouts,” PMS said in a press release. The PMS had earlier urged Sikh leaders and authorities to let its delegation meet the girl in Delhi to know if she is under any duress.

”It is very frightening to see how young adult women are not allowed to have independent decisions regarding their life and right to choose their partners.” It added.

The PMS said a delegation of women organisations Viz AIMSS, NFIW, PMS, SMS went to the office of Delhi Commission for Women on Monday to meet the chairperson Swati Maliwal. Though she was present in the office, the delegation was asked to meet one Ms Vandana (member DCW). She told them that a case is being registered and you will be informed what steps are taken by the commission.

Condemning the ”indifferent attitude” of the DCW, the PMS said that if no concrete action for production of the girl is taken the women organisations might have to stage a protest before the DCW office.

The organisation has also written to Delhi Chief Minister Arvind Kejriwal asking him to facilitate a meeting with the girl in presence of DCW officials and women organisations leaders to assess if she is under any duress.