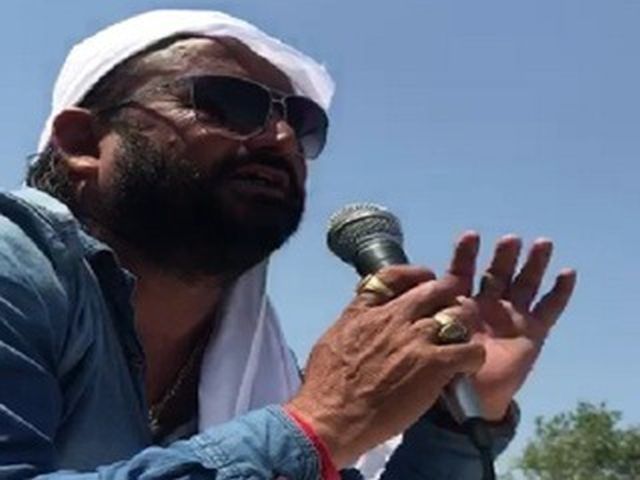 “The warrant was issued by Kathua Chief Judicial Magistrate A.S. Langeh yesterday after the Station House Officer (SHO) of the Hiranagar Police Station filed an application in the court accusing Rajinder of evading arrest and changing his hideouts in Jammu and Udhampur in J&K and Pathankot in Punjab,” police spokesperson said.

The police said the judge held in his order that there were sufficient grounds in the application seeking an arrest warrant against Choudhary Rajinder Singh.

A case under Section 509 (word, gesture or act intended to insult the modesty of a woman) of the Ranbir Penal Code (RPC) and Section 66A of the Information Technology Act has been registered against the absconding accused.

Rajinder Singh, brother of former Jammu and Kashmir Forest Minister Choudhary Lal Singh, was booked by the police on May 21 after a 26-second video clip, showing him perched atop a vehicle and abusing Mehbooba as his supporters cheered him, had gone viral.

Choudhary Lal Singh had to resign from the state cabinet for attending a rally organized by Hindu Ekta Manch in support of the accused in Kathua rape and murder.