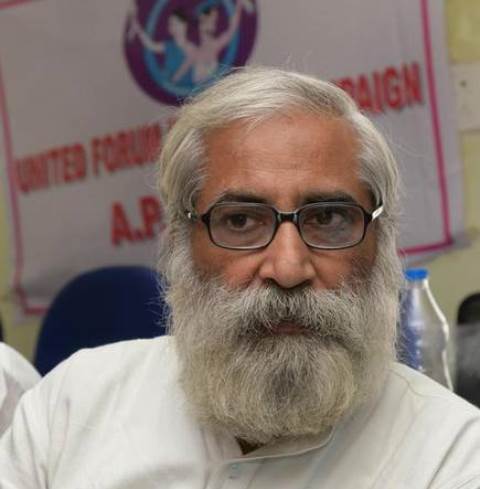 New Delhi: Ramon Magsaysay awardee social activist Sandeep Pandey criticised authorities and the police in connection with the arrest of some people on charges of terrorism in Uttar Pradesh.

Addressing a press conference organised by Rihai Manch in Lucknow, he said that many innocent people were arrested earlier also on false charges of terrorism but “were later acquitted by courts”.

Pandey said that the way the recovery of pressure cookers was publicised after the arrests in the name of al Qaeda, it seems that keeping this essential item in the house has become a crime.

Speaking at the press conference, Rihai Manch president Muhammad Shuaib termed the arrests as an “attempt to take advantage in the upcoming assembly elections”.

The family members of those arrest from Lucknow were present at the event.

The UP Police have arrested many persons alleging that they were associated with a terror module and planning attacks at various places. The police claimed they were linked with al-Qaeda. Those arrested have been identified as Minhaz Ahmad, Musheeruddin, Shakeel, Mohammad Mustqueem and Mohammad Moid.