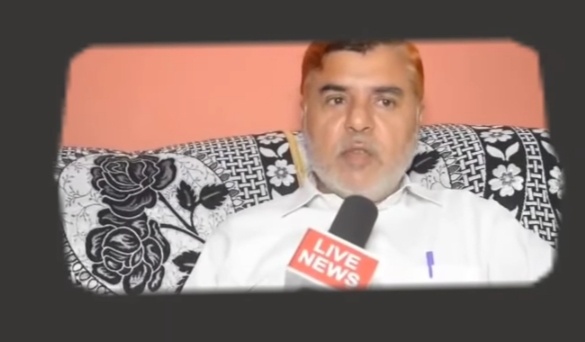 New Delhi: Since it returned to power in February2020 for the second term, it seems that Delhi’s ruling Aam Aadmi Party is trying to step into the BJP’s shoes. Be it minority related institutions or the political  issues; AAP is competing with the BJP which is known for its alleged minority bias.

The latest case in point is the re-constitution of the Delhi Urdu Academy ‘Governing Council.  The 21-member body of GC was filled most of the people having nothing to do with Urdu Language in any capacity. Furthermore, most of them are lesser-known faces in the community with lesser educational credentials. And to top it all, the newly appointed vice- chairman of the Academy is said to be not even matric passed who had abandoned school education after 8th class.  What a great fall  for the academy which boasted of having been headed by  highly reputed literary persons such Prof Qamar Raees, Prof Gopi Chand Narang, Ghulam Rabani Taban and people like  Prof Akhtrul Wasey and Meem Afzal in the past since it was established in 1981. the governing council also boasted of having members like of Prof Tanveer Alvi, Dr khaliq Anjum, Begum Saleha Abid Husian, Rifat Sarwish, Prof Shamim Hanfi, Knwar Mahednra Bedi Sahar,  Dr Aslam Parvez, Prof Unwan Chisty,  Joginder Pal, Hakim Abdul Hameed,Prof Siddiq Ur Rehman Qidwai and others.

The process of deterioration has begun with the advent of the AAP government in Delhi in 2015. The new vice-chairman is “Haji” Taj Mohammad whose only qualification is that of a former Congress councillor of MCD and joined the AAP.  It seems that the formation of the new governing body of the Academy is more to do with political rehabilitation rather than serving the cause of Urdu.

This has naturally caused dismay and consternation among Urdu lovers as well as in the literary circles.  Former member of Governing Council and noted  Urdu journalist Masoom Moradabadi said the Delhi government played with the reputation of  Urdu academy which has earned high reputation not only in India but also abroad.

Speaking with Muslim Mirror, Moradabadi said the appointment of a person who even did not pass 10th class is like insulting the previous towering Urdu literary personalities who had headed this organisation. He narrated an anecdote that a member of the previous GC had visited for the first time at the Academy to know what it does for.  “But he was shocked after learning that the Academy does literary activity and left the place by saying he was a scrap dealer in Mangolepuri”.

Such people are being filled in this academic organisation which had never happened during the previous Congress or for that matter in the first BJP government after Delhi was granted statehood in 1993. This shows the Kejriwal government’s disdain towards the second official language of Delhi and Urdu-speaking people, said Mordabadi.

The same is case of the Delhi Minorities Commission (DMC) which has always been headed by a person of repute.  The minority panel is a very important organisation particularly in the present vitiated political atmosphere to function as watchdog of minorities’ rights and their security. The new chairman is not only a lesser-known face but also does not hold any university degree. It is said he would be a “yes man” for the Delhi government. His predecessor, Dr Zafarul Islam Khan had made the commission a pro-active institution. Under his stewardship the panel had played a very active role in the February 2020 north east Delhi targeted communal violence by setting up an inquiry committee and directed the Delhi police to protect the people in the area. With his leaving, all has gone. 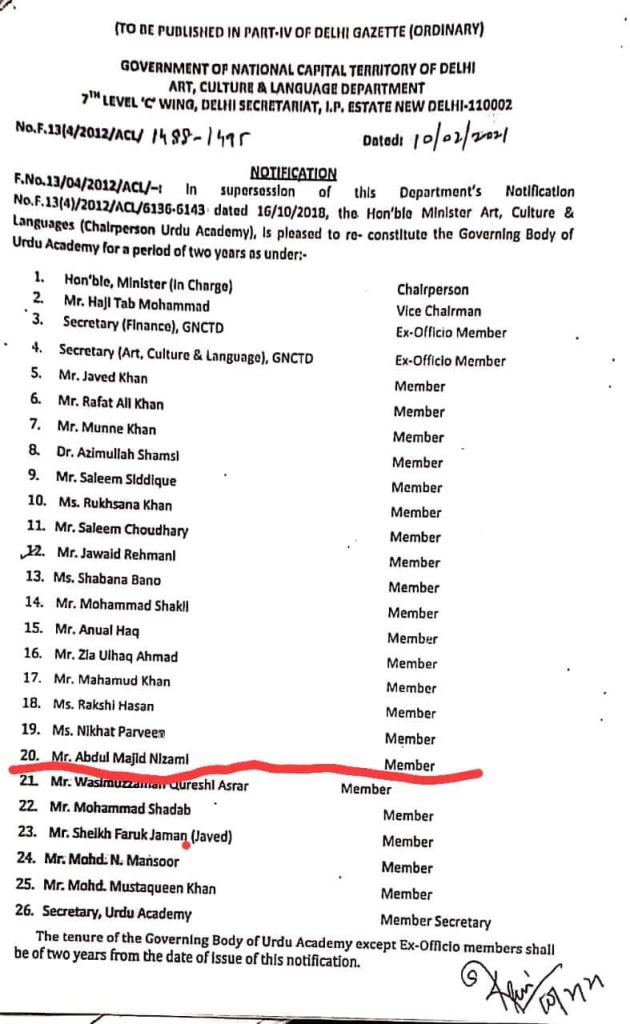 Commenting on this, a former chairman of the commission during the Sheila Dixit government said it is very shocking such a person was made the panel’s head. Speaking with Muslim Mirror on condition of anonymity, he said at least the new chairman should pursue and follow what the previous Commission did for the riot victims.

It appears that all the five Muslim MLAs have been rendered in effective or have not been consulted by the party leadership in connection with minority issues. It is shocking to note that not a single Muslim MLA raised any objection the way minority-related institutions are being filled with people who have not a shred of semblance for these positions. It is seen in the community as a clear attempt to make minority-related institutions ineffective like the BJP-led government at the Center is allegedly doing.