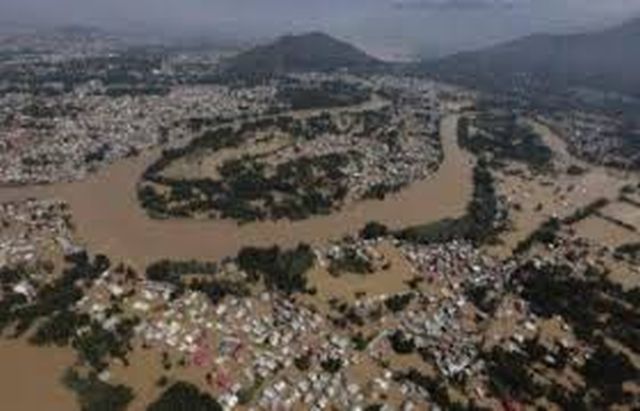 Twenty years ago, in August 1998, then Chinese Prime Minister Zhu Rongji proposed, in a meeting of China’s State Council, a total ban on logging in the forest slopes of Sichuan province. It was in response to the devastating flood-crisis that China was facing in the Yangtze river basin.

That policy was enacted overnight, while the floods in Yangtze river were still at its peak and rescue operations were in full swing. It was just a year after the Kyoto Protocol on Climate Change, but Zhu was in no mood to analyse if that extreme event was due to climate change.

He cited that similar devastation had occurred due to Yangtze floods in 1870, 1931 and 1954 when climate change was not around. Zhu declared severe punishment for logging in the same meeting and incentivised afforestation with ambitious targets by 2000 and 2010.

The same month, but now 2018, India is facing the devastation in Kerala, the worst ever since 1924. With over 400 dead and a million homeless, the questions are gushing like the waters from the flood gates of its dams. Is it a natural or man-made disaster? Is it climatic event or due to global warming?

It is easy and convenient to link the causative chain to climate change. Indeed, global warming has led to a rise in ocean and atmosphere temperatures (nearly one degree Celsius over pre-industrial times) which has resulted in the increased frequency and intensity of extreme weather events over the last six decades.

To this extent, global warming is indeed responsible for higher rainfall. But that does not explain “extreme” and “localised” rainfall. Blaming each of such weather disasters on climate change has in reality become a way for the authorities to absolve themselves from their essential responsibility of preventing the consequential colossal damage to life, infrastructure and ecosystems. Unprecedented rainfall could not have been prevented, whether it is due to global warming or not, but the resulting catastrophe could have been contained.

Indiscriminate logging in Kerala has reduced the forest cover between 1920 and 1990 by 40 per cent, according to the report of Western Ghats Ecology Expert Panel. Nearly one million hectares of the forest land has been lost between 1973 and 2016, as per an Indian Institute of Science report. This has reduced the soil’s capacity to hold the mud-slides. Illegal mining, including that of sand and stones that “bank” the flood waters, is rampant in Kerala. Over-enthusiastic water tourism has allowed the infrastructure and habitat to be vulnerably exposed to the flood waters. The uncoordinated dam-water management has left the communities and wildlife to find their own ways to save their lives.

Is there way out?

There are numerous examples and initiatives to learn from and to participate in. The Global Precipitation Measurement (GPM) mission of NASA and the Japan Aerospace Agency predicted the Kerala floods just a few days in advance. Collaboration with GPM and initiating disaster management measures “just-in-time” could still would have helped.

Switzerland (about the same size as Kerala) has 200 major dams as against Kerala’s 61. Switzerland’s designated central authority coordinates safety and the operation of the flood gates. Collaborating with Switzerland on such dam-management and inundation-mapping would prepare India in future. In Kerala, dam safety analysis had not been done for any of its 61 dams.

China has now acquired huge experience in disaster and flood management; five most deadly floods in human history were all in China. Cooperation with China would go a long way in managing and containing the flood damage.

(The author is Chairman TERRE Policy Centre and former Director UNEP. The views expressed are personal. He can be contacted at shende.rajendra@gmail.com)

Kerala flood less intense than deluge of 1924: So why was damage as great?