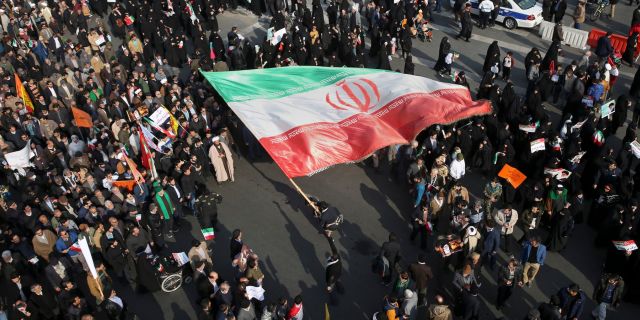 Tehran : Iran’s Supreme Leader Ayatollah Ali Khamenei on Tuesday blamed “foreigners”, including the US and Israel, for inciting unrest in a number of Iranian cities, the semi-official ISNA news agency reported.

Over the past week, protests erupted in a number of Iranian cities against the government’s economic policies. At least 20 people were killed in violent clashes between the protestors and security forces.

“The plot for the recent unrests in Iran had been developed by the US and Israel who had been working on their scheme for months,” Khamenei said.

“The money for carrying out the plot was provided by one of the rich states in the Persian Gulf region,” he said, implicitly referring to Saudi Arabia which was also blamed by other Iranian officials over the past days, the agency reported.

Khamenei blamed the dissident Mujahedin Khalq Organisation (MKO) as the third side to contribute to the violence in Iran. He described the recent wave of violence that hit some areas of the country as “fireworks and vicious acts”, Press TV reported.

Meanwhile, Iranian lawmaker Mahmoud Sadeghi claimed that the number of people arrested in the protests is far higher than given by authorities. He was quoted as saying by the local media that 3,700 people had been arrested, including 40 to 68 students, in six days of protests that broke out in late December.

Iranian authorities previously said 450 people were detained whereas US officials had put the number held at 1,000.