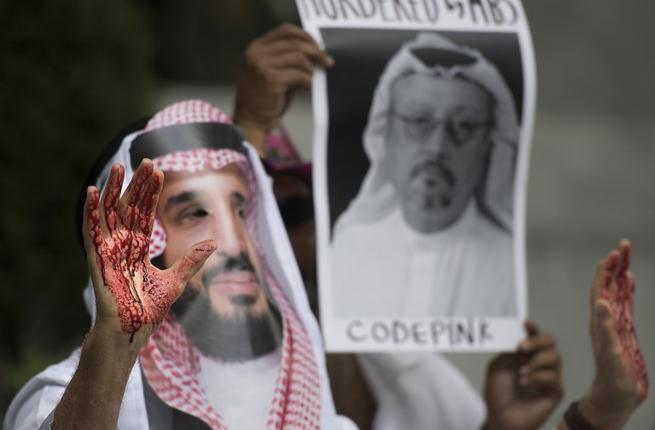 Washington, Dec 14 : The US Senate has passed a resolution blaming and condemning Saudi Arabia’s Crown Prince Mohammed bin Salman for the murder of journalist Jamal Khashoggi, ratcheting up pressure on President Donald Trump who has aligned himself with the Saudi kingdom in the aftermath of the ghastly killing.

The Senate on Thursday delivered back-to-back rebukes of the Trump administration’s handling of relations with Saudi Arabia, first voting to end the US participation in the Saudi-led war in Yemen and then unanimously approving the measure blaming Crown Prince Mohammad bin Salman for murdering Khashoggi who was critical of his policies.

The measure on Khashoggi passed the Senate by voice vote. It will now go to the House, the Washington Post reported.

The resolution, spearheaded by outgoing Foreign Relations Committee Chairman Bob Corker, was non-binding, but it puts the Senate on the record about the Crown Prince amid growing frustration on Capitol Hill over the US-Saudi relationship.

“Unanimously, the US Senate has said that Crown Prince Mohammed bin Salman is responsible for the murder of Jamal Khashoggi. That is a strong statement. I think it speaks to the values that we hold dear. … I’m glad the Senate is speaking with one voice unanimously toward this end,” Corker said after the vote.

Passage of the measure marked a significant break from Trump, who signalled this week he was standing by Saudi Arabia despite increasing backlash over the journalist’s killing inside the Saudi Consulate in Istanbul on October 2. Khashoggi was living in Virginia and was a columnist for The Washington Post before his killing.

The US intelligence community had reportedly determined that the Crown Prince ordered Khashoggi’s killing, and senators emerged from a closed-door briefing last week with CIA Director Gina Haspel convinced of his involvement.

Minutes before the vote condemning the Crown Prince, the Senate also approved a measure pulling the US support from the Saudi-led military campaign in Yemen, marking a dramatic U-turn from less than nine months ago when senators couldn’t even get the resolution out of the Foreign Relations Committee.

The Senate overwhelmingly approved the resolution on Yemen by a 56-41 vote.(IANS)