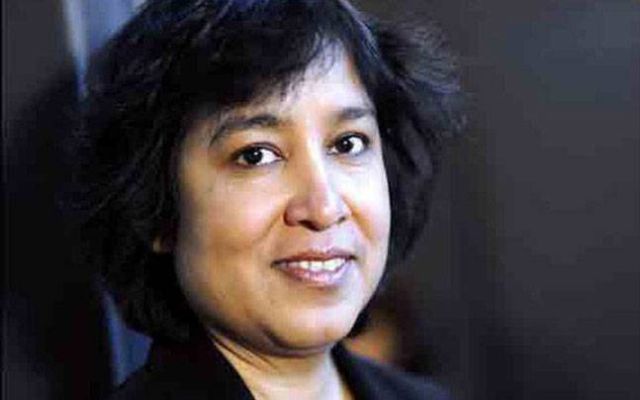 New Delhi : Women’s rights crusader and controversial writer Taslima Nasrin was only 32 when she was hounded out of her country and forced to live in exile in Europe and America. Twenty-four years on, she’s lost all hope of returning to her native Bangladesh, where the crowds once bayed for her blood and where she feels she “would be killed right away”.

Starting out with her first collection of poetry in 1986, she published several books before “Selected Columns”, that led to the formation of “Taslima Smash Committee”. Her newspaper columns explored everyday perils of women and, to a large extent, held Islam responsible for the subjugation of women and their rights.

“Fundamentalists were angry because I was writing against Islam. It did not matter to them that I was also writing against other religions. In fact, I was not writing against anyone but for women and their rights,” Nasrin recalled in an interview with IANS here.

Notwithstanding this complication, her second book of essays was published in 1992, but copies of it were soon burnt at the National Book Fair in Bangladesh which she was not allowed to visit.

Almost at the same time — not very far away from her home country — a large crowd of Hindu kar sevaks demolished the 16th century Babri Masjid in Ayodhya and just as a series of communal riots were engulfing India, Nasrin could feel its ripples back in Bangladesh.

“I was seeing and observing everything. Hindus were being targeted. Their shops were being broken down by mad crowds of people and so many Hindu patients were in hospitals telling their horror stories. I visited many places to see what was happening. I gave shelter to some of the Hindus. I just thought that nobody should be oppressed or tortured because of some buildings being destroyed. It was not the fault of Bangladeshi Hindus,” she explained.

And so her documentary novel “Lajja”, which is a protest against the torture on the minority community of Bangladesh, was published, and banned simultaneously in 1993. However, contrary to popular beliefs “Lajja”, or Shame, was not the reason behind her ouster from Bangladesh.

“In ‘Lajja’ I didn’t write anything against Islam. The fanatics were angry from before, because of my newspaper columns on women, not ‘Lajja’. It was not against Islam, but my ‘Selected Columns’ was very much against Islam because I was defending women. Fanatics were demanding the banning of my other books, not ‘Lajja’. They were happy that it was banned though,” she maintained.

In April 1994, Nasrin was invited to Paris for a talk on Press freedom and stopped in Kolkata on her way back to Dhaka. “I gave an interview to The Statesman newspaper and said that Quranic law should be changed, but it was misunderstood and headlined that Quran should be changed,” she claimed.

Nasrin issued a rejoinder immediately, saying “I don’t believe in religion so why should I feel the need to change it” and the newspaper obliged by publishing a corrigendum the following day — but it was too late.

“When I entered Dhaka, aag jal raha tha (the city was on fire). They would have killed me right away. They believe Allah has written the Quran and the interview said that I wanted to change the Quran. It was a big thing. There were lakhs of people on the streets across the country. The government filed a case of blasphemy against me. The fundamentalists were already angry, now they had got something solid against me,” she said.

Through June and July of 1993, Nasrin remained in hiding. “Baad main mera bail hua on condition that I had to leave the country,” she recalled. Meanwhile, several Human Rights organisations were pressurising the governments in the West to come to her rescue. Noted writers like Milan Kundera and Salman Rushdie, among others, wrote open letters, published in several leading European newspapers at the same time.

“One night, the police put me on a flight. I was received in Bangkok by the Chief Security officer of Sweden and they took me to Sweden. I just didn’t want to believe that it was forever. I thought it would be for one month, two months or three months, maximum six months. So I was very restless to go back to my country. I never wanted to settle anywhere else… but I slowly realised it was not possible. Bangladesh was left far behind,” she lamented.

From Sweden to Germany to Paris and then to the United States and finally to India, Nasrin was living what she calls the “celebrity life” — her books were being translated into foreign languages, many ministers would come to visit her and she was being bestowed with several prestigious honours. “It was all too big for me. Prize, prize. But I always wanted to go back to my country — that would have been the real prize,” she said.

“I so much wanted to go back to my country, but now all my close relatives and family are gone. And I know that the country has been totally Islamised now. All my old classmates now wear the hijab, so many of my friends have been hacked to death. Bloggers are being killed. Those people are being hacked to death and I am their old target. I would be killed right away,” she says.

Nasrin maintained that “I will never be able to go back because the government will always prevent me from entering”, but yearns for freedom of movement. “Why should Bangladesh say that you are not allowed to enter this country? I should be allowed, if I don’t go there, that is my choice, but as a universal citizen, I should be allowed to move freely. Not only me, everybody,” she maintained.

Nasrin’s latest book is titled “Split” and its Bengali original was banned by the Left Front in West Bengal as well as by Bangladesh in 2003. While the West Bengal government lifted the injunction after the ban was struck down by the Calcutta High Court in 2005, Nasrin was eventually driven out of Kolkata, the city that she found closest to her home in Bangladesh.

Taslima Nasrin has since been living in New Delhi under a government Residence Permit which needs to be renewed at regular intervals.