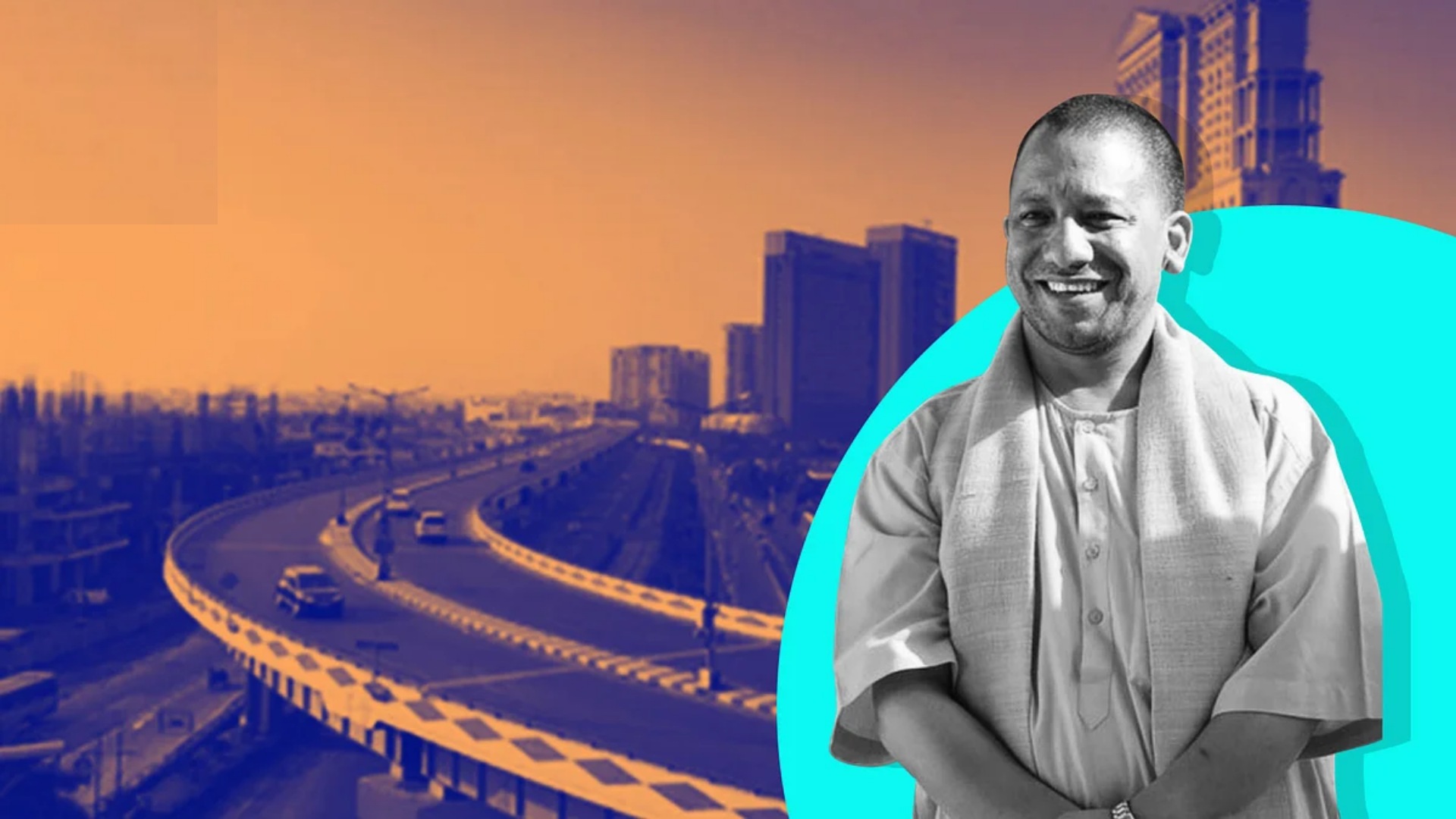 NEW DELHI:  A full-page newspaper advertisement by Chief Minister Yogi Adityanath about the transformation of Uttar Pradesh has the image of Kolkata flyover.

The advertisement is aimed at boosting the image of Yogi and the development works done by him over the last five years in the state, often seen as one of the most under-developed in the country.

A chunk of the collage below the advertisement is said to be a photo of Kolkata — a flyover having the trademark blue-white paint and yellow taxis on it. Many social media users have identified the flyover as the ‘Ma Flyover’ in central Kolkata built by Mamata Bannerjee’s government.

Two buildings by the same flyover in the ad have also been identified by social media users as those belonging to a five star hotel chain.

The Trinamool Congress, which beat the BJP overwhelmingly in the recently concluded assembly elections, had a field day. Scores of party leaders, workers and supporters tweeted, mocking the BJP and the Uttar Pradesh Chief Minister.

“Transforming UP for Yogi Adityanath means stealing images from infrastructure seen in Bengal under Mamata Banerjee’s leadership and using them as his own! Looks like the ‘DOUBLE ENGINE MODEL’ has MISERABLY FAILED in BJP’s strongest state and now stands EXPOSED for all!” read his post, where he tagged both Chief Ministers.

Transforming UP for @myogiadityanath means stealing images from infrastructure seen in Bengal under @MamataOfficial's leadership and using them as his own!

Looks like the 'DOUBLE ENGINE MODEL' has MISERABLY FAILED in BJP’s strongest state and now stands EXPOSED for all! https://t.co/h9OlnhmGPw

“Lol the image on the bottom left is from Kolkata – of the Maa Flyover. Zoom in & you can also see the iconic Kolkata yellow ambassador taxi on the flyover. “Transforming UP” means spending millions on newspaper ads around India & stealing pics of development in Kolkata?” tweeted party leader Saket Gokhale.

Senior leader Mukul Roy, who returned to the Trinamool from the BJP after the ruling party’s spectacular victory, even targeted Prime Minister Narendra Modi.

Mr. @narendramodi is so helpless to save his party that other than changing CMs, he has also had to resort to using pictures of growth & infrastructure seen under @MamataOfficial's leadership, as his own.#BengalModel > #BJPRuledStatesModel Mr Modi? pic.twitter.com/USNOjrq03I

A senior administration official — Navneet Sehgal, the Additional Chief Secretary of the state’s Information department — retweeted an apology extended by the publisher.

The BJP pointed to the apology too when the Samajwadi Party ridiculed them over the advertisement. “When a party uses a lie to make accusations against others, it is clear they can see their defeat and like ‘children’, make mistake in haste . The truth is before you,” read a rough translation of the party’s tweet.

The Samajwadi Party had tweeted from its official handle, saying, “The Chief Minister’s lie exposed again! Those who spend public money like water in advertisements, have no development work to showcase. So they are using photos from Kolkata. This is the BJP government, Number One in lying.And their days are numbered”.

Assembly elections are due in Uttar Pradesh early next year, in which the BJP is seeking a second term in power.-IANS

Another name change in UP: Yogi suggests Vedamau for Budaun