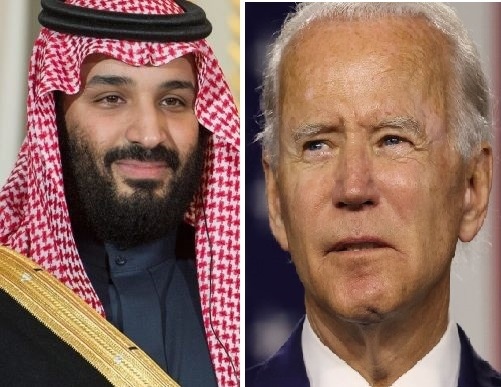 The hard-reckoning for the Kingdom of Saudi Arabia under Crown Prince MbS is likely to arrive as the long romance with out-going US President Donald Trump has almost ended and soon there is to be a ‘changed music’ in Washington  under President elect Joseph Biden. Therefore, if Biden is to be kept in ‘good humour’, then KSA acceptance of Israel, perhaps is the sole bargain.

There are already four- Arab or African Muslim states who have accepted Israel, which was started from August 14, 2020 by UAE, followed by Bahrain, Sudan and now Morocco. It is a well known fact that everything has happened after the blessings of KSA which is also now gearing-up  to embrace Israel, but on December 6, 2020, a spanner into it was thrown by Faisal Al Turki, who had been KSA Ex. Ambassador to US. According to Al Jazeera, as he rallied Israel to be a Western ‘colonising’ power which has treated Palestinians to the worst conceivable non-human conditions.

He was speaking at Manama virtual summit in Bahrain where he said “They (Israel) )are demolishing homes as they wish and they assassinate whomever they want.”  He ‘also criticised Israel’s undeclared arsenal of nuclear weapons and the Israeli government’s “unleashing their political minions and their media outlets from other countries to denigrate and demonise Saudi Arabia”’.  Not surprisingly, the Israel foreign minister Gabi Ashkenazi who was to speak next was not impressed, particularly, so when MbS had recently met Israel PM Benjamin Netanyahu, something which was assumed to be a step forward towards acceptance of Israel.

The entire world media has been debating on the intrigues of politics of KSA, Middle-East and Israel after August.  A very extensive piece on the same lines has been published in Israel’s Haaretz on December 12, 2020 where it been debated that serious differences have arisen between KSA King Salman and his son over the issue of Israel as the former considers pan-Arab identity and association with the Palestine issue as his forte while the latter emphasises on ‘Saudi-first’ as the new mantra, which in frank terms is that Palestine issue may be thrown to backburner.  Turki has already been put under house-arrest and that Israeli PM Netanyahu had also shot a letter to MbS demanding explanation to Turki’s remarks which prompted MbS to apologise and convey that it was a misunderstanding.  There is also a speculation, according to some Saudi analysts in the West, that even a soft coup might be in the offing against King Salman and he too may be put-to-custody, the same way MbS has since long done to his own mother!

It is likely that MbS is to bend on his back to placate Biden as he has personally been issued with a summon by the US court to have allegedly plotted to kill his once intelligence chief Saad Al Jabri by sending assassins the way they were sent for to kill journalist Jamal Khashogi. Khashogi fiancée has also accused MbS in US court, which would mean a ban on MbS from travel to US and the West.  Biden has also declared that US would not be selling arms to KSA.

How this all will melt into favour of KSA? Only the affirmation of two-state-formula between Palestine Authority and Israel can bring the win-win situation which is slated to happen very soon. All courtesies to Egyptian President Sisi.  It is only matter of few days or months that KSA will ‘normalise’ with Israel leaving no room for Pakistan to also comply too, as Pakistan too has maintained that unless Palestine issue is resolved it cannot accept Israel, despite the fact that Pakistan has been slapped with a ‘lot of humiliation’ since August as both UAE and KSA want it to do the same.

Pakistan had to bear the brunt from August onwards as it dissociated itself from KSA sponsored OIC on the issue of Kashmir, which OIC did for the namesake on November 30, 2020. During the last four months, Pakistan job visas have been scrapped by UAE and KSA sought its interest based 3 billion USD loan back which Pakistan is slated to repay its second instalment of 1 billion USD on December 14, 2020, of course with China’s help.  Pakistan and China are seeing ‘eye-to-eye’ on the issue of Kashmir and Ladakh with India.

India is also playing its cards well. It has got Pakistan isolated from KSA and UAE and right now India’s army chief is on the visit to these nations , where an Indian contingent may be deployed in UAE and KSA, discussed Eurasian Times on December 10, 2020, but KSA may ask for Indian help in its war in Yemen too, which will be one of the biggest questions to face India’s PM Narendra Modi as it will automatically antagonize Iran.  Israel will not see Biden going ahead with a nuclear-deal with Iran again, but there is also the a question? Whether UAE will also draw ‘curtains’ on around 3000 Iranian companies operating from UAE under the influence of Israel?

Let’s see how the Biden era is to unfold.

Over 80,000 Israelis protest against Netanyahu government