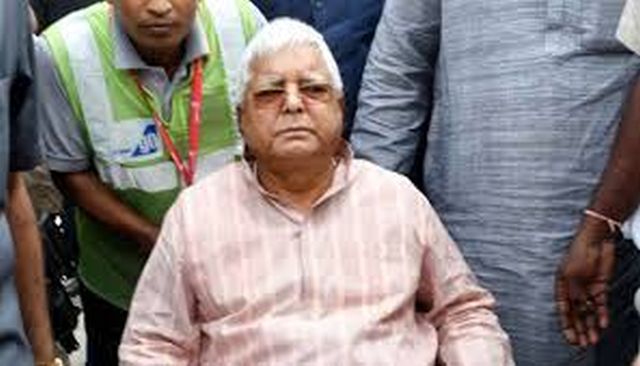 Lalu Prasad surrendered before Justice S.S. Prasad, who sent him to the Birsa Munda Central Jail.

From jail he could later be shifted to the Rajendra Institute of Medical Sciences (RIMS) for treatment, the judge said.

The Jharkhand High Court on August 24 had directed him to surrender by August 30. He was out on provisional bail since May 11.

The RJD chief arrived here in Jharkhand late on Wednesday to surrender in the court.

Before surrendering, Lalu Prasad told reporters: “I have faith in the judiciary.”

He was in Ranchi’s Birsa Munda Central Jail after being convicted in December 2017 in a fodder scam case.

He was convicted in two more cases in January and March and awarded 14 years imprisonment.

In 2013, Lalu Prasad was convicted in the first fodder scam case and sentenced to jail for five years.

The multi-million fodder scam had surfaced in the 1990s when he was the Bihar Chief Minister. At the directive of the Patna High Court, the probe was handed over to the CBI.