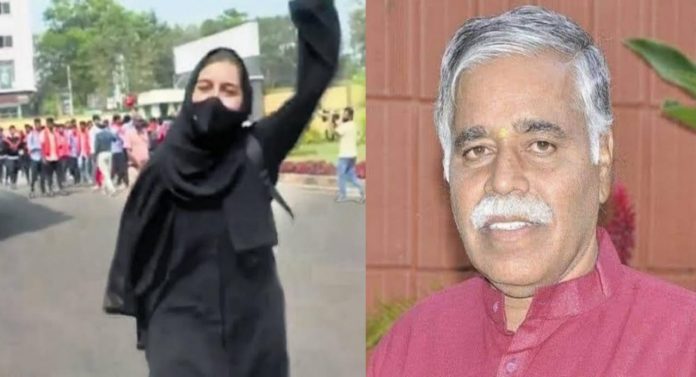 The judgment did not put a blanket ban on hijab and the restriction is applicable in classrooms only, the group said.

A Bengaluru-based group of lawyers have slammed Karnataka’s education minister B.C Nagesh for his “misleading” statement on hijab. It said his recent statements contradict the Karnataka High Court’s verdict.

Mr Nagesh had said that students wearing hijab would not be allowed to enter examination following the court verdict. “They can come to campus wearing the hijab but they need to remove it before entering the hall.” he said.

All India Lawyers’ Association for Justice said that the judgment did not put a blanket ban on hijab and that the restriction is applicable in classrooms only.

“The judgment is restricted to the classroom, and the Hon’ble High Court has specifically clarified that “It hardly needs to be stated that this does not rob off the autonomy of women or their right to education inasmuch as they can wear any apparel of their choice outside the classroom,” the group said in notice issued to Mr Nagesh.

“Your statements go beyond the scope of the orders in question and have resulted in a violation of rights of Muslim girl children,” the group added.

The group further decided suspension of seven teachers for allowing hijab wearing students to attend their SSLC exams in the state’s Gadag district.