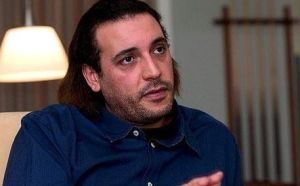 Beirut, Dec 17 : Lebanon’s Justice Minister Ashraf Rifi on Wednesday dismissed a Syrian request for the extradition of Hannibal Moammar Qaddafi, who was taken into custody in Lebanon after a brief abduction at the hands of an armed group last week.

According to the National News Agency (NNA), the Syrian authorities had demanded earlier in the day that Qaddafi be handed over through an official request, explaining that he had been granted political asylum in Syria, Xinhua reported.

Addressed to Lebanon’s state prosecutor, the request was sent to the Lebanese foreign ministry which referred it to the justice ministry in line with procedure, the NNA added.

“The request did not consider Hannibal Qaddafi a criminal who is wanted for interrogation or trial, and thus the request for his rendition violates the 1951 judicial agreement between Lebanon and Syria,” Rifi said in a statement.

“Before rushing to demand the handing over of Hannibal Qaddafi the party that sent the request should have put him at the disposal of Lebanese judicial authorities for interrogation over the case of the disappearance of Imam Moussa al-Sadr and his two companions, whose repercussions have affected Lebanon and the Arab and Muslim worlds,” he pointed out.

Rifi stressed that Qaddafi is still being interrogated by the Lebanese judiciary, “which alone has the right to take the appropriate decision according to the circumstances of the investigation”.

The judiciary had on Monday issued an arrest warrant for the son of the slain Libyan leader on charges of withholding information linked to al-Sadr’s case.

Al-Sadr and his two companions Sheikh Mohammed Yaaqoub and journalist Abbas Badreddine were in Libya in 1978 in a visit paid upon the invitation of Moammar Qaddafi, Hannibal’s father. The three were seen lastly on August 31 and never heard from again.

The Lebanese judiciary indicted Moammar Qaddafi in 2008 over al-Sadr’s disappearance, although Libya had consistently denied responsibility, claiming that the imam and his companions had left Libya for Italy.—IANS