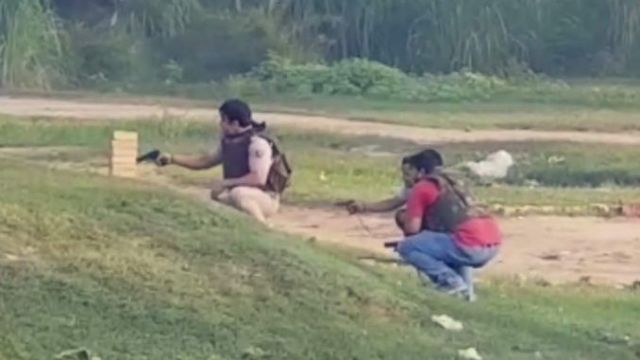 New Delhi: Leaders of Left Front on Tuesday said the Prime Minister Narendra Modi is under ‘cloud’ in the Rafale deal and demanded probe by a Joint Parliamentary Committee. They also strongly condemned the cold-blooded murder of a 38-year old Apple employ and two innocent people in Aligarh earlier. They demanded that the stringent action against police personnel as UP is being turning into `Encounter Raj’.

Left leaders also said the mega scam in the purchase of the Rafale fighter jet planes must be probed by a Joint Parliamentary Committee. “The needle of suspicion points directly towards the Prime Minister,” they added.

They also extended support to the week-long protest actions called by the Jan Ekta Jan Adhikar Andolan from October 22 to 27 against corruption of this Modi government.

In consultation with other Left Parties, a nationwide protest action call will be given exposing this mega scam and demanding punishment of the guilty.

They also condemned the “brutal” attack on protesting farmers in the outskirts of Delhi. “This police action, once again, demonstrates the anti-kisan attitude of the Modi government and Prime Minister Modi had betrayed all promises he made to the kisans at the time of the 2014 elections”

This nails the lie of the campaign launched by the RSS-BJP on the specious plea of these five activists being “urban naxals”.

The Delhi High Court yesterday has squashed the remand transfer and ended the house arrest of Gautam Navakha, one of the five detained in connection with a case over the violence in Bhima-Koregaon. The withdrawal comes in the light of the court’s observation that the detention was untenable and non-compliant with the basic provisions of the Constitution.

Meanwhile, the Polite Bureau of the CPI(M) strongly condemns the action of the BJP state government of Tripura in cancelling the registration of Daily Desharkatha, a progressive newspaper.

Desharkatha is a prominent newspaper of Tripura of forty years standing and is the second largest circulated daily in the state.

The district magistrate of West Tripura has cancelled the registration of the newspaper on flimsy and dubious grounds and consequently the Registrar of Newspapers has also withdrawn the certificate of registration.

CPI (M) said it is a “brazen attack” on the freedom of the press. It is a sad day that Desharkatha has stopped publication on October 2, Gandhi Jayanti.

Muslim man would visit my village to sell locks from Aligarh: Narendra Modi