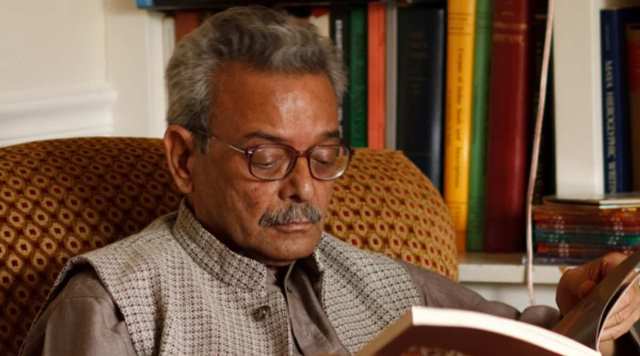 New Delhi, Dec 25 :  Legendary Urdu poet and critic Shamsur Rahman Faruqi passed away on Friday at his Allahabad home, a month after recovering from Covid-19. He was 85.

“He had been insisting on going back to his home in Allahabad. We reached here only this morning and within half an hour he passed away around 11,” Faruqi’s nephew and writer Mahmood Farooqui told PTI.

The Padma Shree awardee poet was discharged from a hospital in Delhi on 23 November after recovering from the coronavirus. “But due to steroids, he developed a fungal infection, mycosis, which further worsened his condition,” Farooqui added.

Faruqi’s last rites will be performed at the Ashok Nagar cemetery in Allahabad at 6pm on Friday.

Born on 30 September 1935 in Uttar Pradesh, Faruqi is credited to have revived “Dastangoi”, a 16th-century Urdu oral storytelling art form. His books The Mirror of Beauty (rendered by him into English from the Urdu Kai Chaand The Sar-e-Aasmaan in 2006), Ghalib Afsaney Ki Himayat Mein (1989) and The Sun That Rose From The Earth (2014) are among the highlights of his five-decade-long literary career. Faruqi received Saraswati the Samman in 1996 for his work She’r-e Shor-Angez, a four-volume study of the 18th-century poet Mir Taqi Mir.

In a review of The Mirror of Beauty, published in Mint in 2013, the late Urdu scholar Muhammad Umar Memon, called the novel “an epic” in its expansiveness. It “defies any attempt even to enumerate its tantalizing wealth, much less to adequately discuss it in a few hundred words. It would be tantamount to attempting “to see a world in a grain of sand” or describing “eternity in an hour”,” he wrote.

“The whole way of life of 18th and 19th century India is gathered in the novel’s encyclopaedic sweep. One can literally assemble countless inventories of manners, ceremonies, festivals, fabrics, jewellery, arts and crafts, arms and weaponry, you name it,” Memon added. “The description of Wazir’s attire at her first visit to Nawab Shamsuddin is itself spread over four pages, and that of his palatial residence in Daryaganj takes up over five.”

In 2014, Faruqi gave a candid interview to Mint, where he spoke, among other things about his collection of 10,000 books, the role of his wife in making him a writer and his abiding and passionate love for literature.

“His demise has left us bereaved as an entire generation of literature lovers mourn this loss. I extend heartfelt condolences to his family and loved ones,” Saraf said.