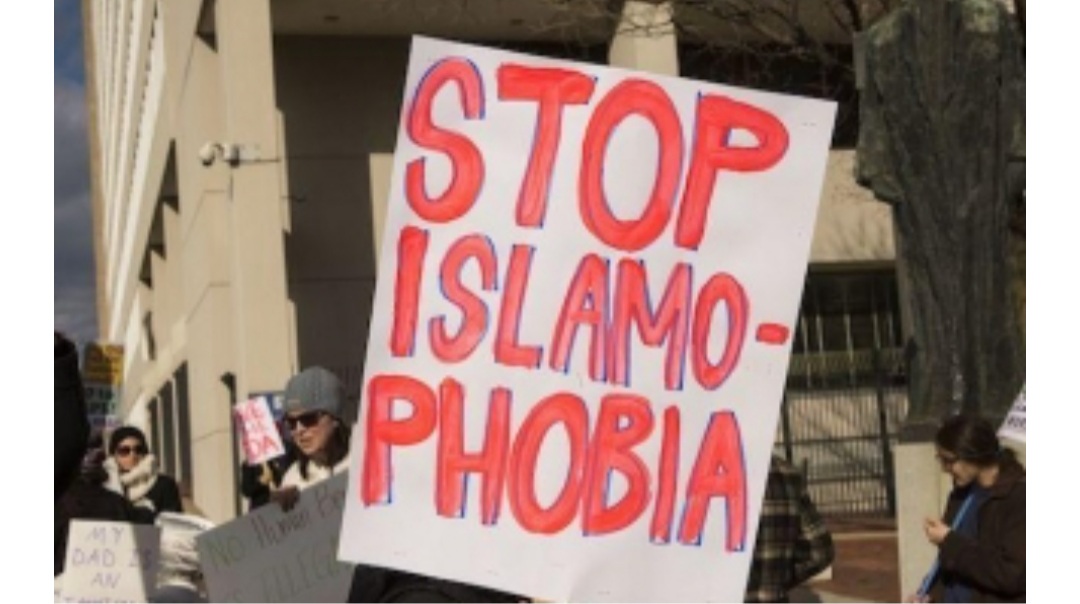 A phobia, according to the Merriam-Webster dictionary, is an exaggerated, usually inexplicable and illogical fear of a particular object, class of objects, or situation. In recent years, a specific phobia has gained the currency across the globe. That is Islamophobia.

Islamophobia an antithesis to Islam

The word Islamophobia hit the mainstream in the late 90s. It is an irrational fear or discrimination against Islam or people who practice Islam. It is perpetuated by negative stereotypes resulting in bias, discrimination, marginalization and exclusion of Muslims from civil, political and social life.

This stereotype is very misleading. The portrayal of Muslim in movies, newspaper, and advertisement is at best in stereotype. In cinema, the person of bad character or in negative role shown as wearing skull cap or having beard is at worst and caricature. In the last few decades, the dislike for Muslims has become more explicit and dangerous.

Islamophobia has resulted from events such as September 11 attacks, the rise of Islamic State of Iraq and the Levant, ISIS and other terror attacks in Europe and the United States by Islamic extremists. Extremist certainly do exist, some are brutal, but their action do not directly flow from their religion itself but from some form of resentment and belief. These extremist can be easily found in every religion of the world. Actually, these extremist doesn’t have any religion because there is no scope of hate and enmity in any religion of the world.

In March 2019, in New Zealand, a gunman shot dead more than 50 people at their place of worship because he believes that people with such faith deserve to die. In 2020, we witness a pandemic, a novel Corona virus that is infecting people in almost every hook and corner of the world. Unfortunately in India, some miscreant termed the spread of this virus as “Corona Jihad”. While others believed that the pandemic is a conspiracy by Muslims to infect and poison Hindus. Now in 2021, in Canada a truck driver crush 5 member of a Muslim family only because of their faith.

This kind of parochial mindset is very toxic and unfortunate. People posses such mindsets do not come from a place of love. They come from a place where fear, phobia and hatred propagate. These people need some love and enlightenment.

It’s time to settle the dust and try to look at it in a more reflective way. Everyone has a beautiful heart that beats and brim with love, compassion and mercy. This heart writhes and bleeds at other’s pain, and blossoms forth like a flower with joy while helping others. Such is our heart in its original state.

Islam is a religion of truth and compassion. It teaches courage and empathy over terror and prejudice. In Islam, killing of an innocent man is like killing of the whole humanity. Prophet Mohammad (PBUH) said “Do not cause harm or reciprocate harm. Whoever harms others, Allah will harm him. Whoever is harsh with others, Allah will be harsh with him.” A true human is one who holds, in his heart, love for entire mankind.

Religion can be a complicated affair, but the end result of the every world religion is same, it just needs progressive compassionate interpretation. In Bible, it is written that “Hate the sin, not the sinner”. Islam also talks about kindness. Hinduism talks about ‘KARUNA BHAAV’ (compassion). Founder of Sikhism, Guru Nanak Ji said “Ek noor to sab jag upja, kaun bhale ko mande” which means ‘from the one light, the entire universe welled up. So, who is good and who is bad?’

Why people have fear from Islam?

If all religions have a common preaching, then why there is a phobia for Islam?

The answer is very simple. The perpetuation of negative stereotype results in hatred for Muslims. A section of media has emerged who instead of journalism, spread communal hatred and bigotry by telecasting hate mongering on prime time. People don’t get radicalised by going into the battlefield, they get radicalised in their own bedroom, in front of their own TV. Fake news and hateful rumours are also an immense problem. It spreads like a fire in the woods and its impact is deadly. It is a tool of manipulation which keeps people engaged in hate 24×7.

Also, as the follower of Islam we can’t give ourselves a clean chit because we too failed to perform our duty as prescribed by our religion. We have failed to communicate Islam to the world. As our actions represent Islam, we must act accordingly.

An Islamic Scholar, Sheikh Ahmed Deedat rightly said that “The biggest enemy of Islam is the ignorant Muslim, whose ignorance leads him to intolerance, whose actions destroy the true image of Islam, and when the people look at him they think Islam is what he is.”

So, it is imperative that our character must reflect the teaching of Islam; and if it doesn’t then we need to work on our character. Every action of us should be the mirror of Islam.

How to break this stereotype?

To overcome this stereotype there is a need to open up channels of communication and advancement of technology to combat fake news and rumours. We also need to look terrorism as a separate disciple and fight against it without the barrier of religion. We should read the scriptures of all religion and must acquire knowledge and discuss them with one another. By doing this, we will be able to see good qualities in one another and start loving the Almighty and every living entity. The communication and dialogue are of vital importance in breaking down prejudices and stereotype. There is importance of face-to-face interactions, participation and friendships.

We need that kind of government, which does not sponsor Islamobhopia for their own benefit. There is a need of leaders who perform the ‘Labour of love’ with a deep sense of compassion because leadership plays a vital role in a community where people of different faith prosper.

As Gautama Buddha said, teach this triple truth to all;

A generous heart, kind speech and a life of service & compassion are the things which renew humanity.

Words have the power to both destroy and heal, when words are both true and kind, they can change our world.

Let us travel on this path of humanity together.