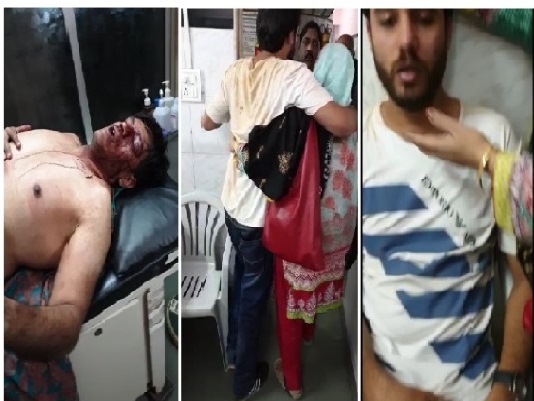 Lonavala : Members of a Muslim family from Vadodara  were  brutally attacked, women and girls molested by locals over a minor dispute with children at Lonavala on Monday .

The family had gone to Lonavala, a hillstation near Mumbai, for tourism where they suffered this humiliation and drubbing at the hands of locals for no valid reasons.

‘The incident took place around 6 pm when a horseman demanded more money than the fixed amount which he earlier agreed for the horse-riding of their children at Tiger’s Point in Lonavala. When some of the family members  objected the horseman started abusing them and suddenly many horsemen came around and attacked the family, told activist Zuber Gopalani to Muslim Mirror.

Mr Gopalani,  a family member of the victims reached Lonavala from Gujarat to help them.

‘They thrashed male members, molested women and snatched their purse and mobiles, he added.

Initially the police refused to register an FIR, but when the pressure was built up they wrote a complaint after five hours of incident.

The injured have been admitted to a private hospital.