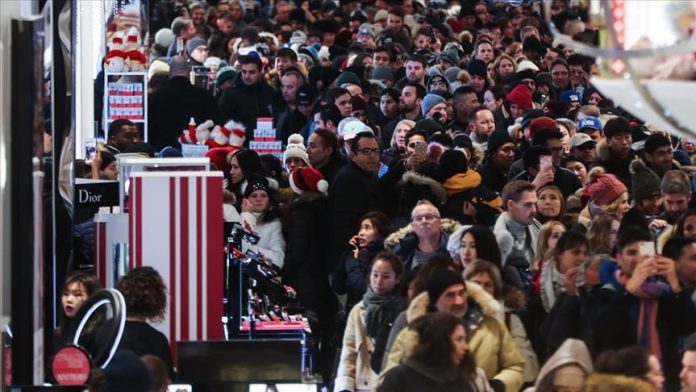 By Tariq A. Al Maeena

During my recent foray to the United States after a period of two and a half years, I was aware of the subtle differences that had crept in since my last visit. One of the most visible ones displayed itself a few days ago as I was driving through an upscale suburb in Southern California on a fine evening before sunset.

Standing outside most homes that evening were large garbage cans filled with refuse. Now for people who don’t know, in America and especially in the suburbs, garbage collectors come once a week and pick up your garbage from the large containers you haul out from your garage to the sidewalk.

Depending on how much you have to throw out weekly, it could be one, two or even three large cans, some distinguished by their environmental postings. The trucks come in early the following morning, zipping their way and emptying all the trash into large dump trucks. The municipality charges a small amount monthly for the service.

On this particular evening as we were driving to visit friends, we came around a corner and standing on the sidewalk to the right side of the street was a very colorful looking garbage can which drew our attention by it uniqueness, A closer look by slowing down displayed a trash can with glued on pictures of the several politicians and others who I surmised were all from the Democratic party. Two flags, one of the US and the other, possibly the Confederate flag but I couldn’t be sure as it hung still in very little breeze offered me further clues as to the owner of this home. The purpose of why the homeowner took such an action is not difficult to figure out.

Right away I suspected we were in the heart of Trump country and hastened our journey past and away from this home. For all I know, the homeowner might lay waiting to harm anyone who didn’t look American to come too close to his property.

As I reached my destination, I could not help retelling my experience to the group gathered at the friend’s house that evening. One of them was very perturbed and found the whole thing offensive. “We are only renters here and every time my wife or I pass that home, we cringe. To think that such people exist in such an upscale neighborhood. I thought such things only happened in the South,”

Another said: “You know, sometimes I feel that we have taken this right to free speech a bit too far.” He was referring to the US First Amendment in the country’s constitution that simply defined states that the amendment ‘protects several basic freedoms in the United States including freedom of religion, freedom of speech, freedom of the press, the right to assemble, and the right to petition the government. It was part of the Bill of Rights that was added to the Constitution on Dec. 15, 1791.’

Another added that while he opposed the actions of the radical neighbor down on the corner, it was not so much for his political party affiliations but for his lack of morality. “I am a Republican but I strongly oppose such actions. You can disagree with Biden, Pelosi and the whole lot but do it in the voting booth. By posting their pictures on trash cans, you are not only demeaning them but the respected offices they represent. Has our country sunk so low that we begin to smear senior politicians holding the top offices of the land with such filth? Doesn’t the presidency of the most powerful country deserve respect? I do not condone that. What message is being sent out, especially to the kids in the neighborhood who ride their bikes and skateboards past this man’s house?”

George, a Vietnam War veteran, chimed in that “this country has gone too far. I fought the war in Vietnam even though most of us opposed it and the government who sent us there. But never did we resort to directly insulting or demeaning our elected political figures. To put those pictures on trash cans is simply disgusting and smacks of racial undertones. I wonder if any non-whites even exist in this neighborhood? I would march up to his door if I was living here and give him a piece of my mind, but have no doubt that he would shoot first and ask questions later.”

It is indeed tragic that even in the suburbs the divisions and polarity that once were alien to the communities across the country have begun to surface. Whatever political power is in charge must come to terms of seriously reuniting an increasingly frazzled America.