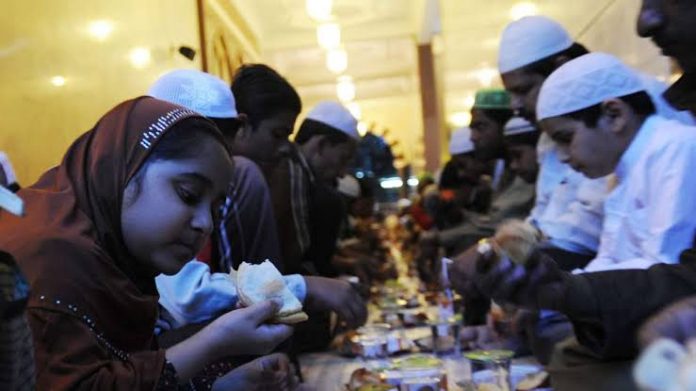 Lucknow : More than 600 families in Lucknow will now get an Iftar spread from Saturday when Ramzan begins.

Owing to the pandemic, the 183-year-old Nawabi kitchen at Chhota Imambara was shut for two consecutive years.

The Nawabi kitchen has a tradition of providing Iftar, the meal served to those who observe fast, at 13 mosques under the Husainabad and Allied Trust (HAAT) and also to around 600 poor families.

The Asafi Masjid at the Bara Imambara, Shahi Masjid at Chhota Imambara, mosque at Shahnajaf Imambara and Jama Masjid in Husainabad are among the 13 mosques that receive Iftar meal from the ‘Shahi Bawarchi khana’.

Food is given out to around 600 poor families from the Chhota Imambara at night for 30 days.

The tradition, according to sources, was started in 1839 by the third king of Avadh, Muhammad Ali Shah, and 3,000 poor families have been continuously provided food under the trust fund put in by the king.

Habibul Hasan, an official in HAAT, said: “The tender has been floated this year. Back in 2019, a budget of Rs 19 lakh had been passed to be used from HAAT – the king’s ongoing trust.”

Iftari includes bun butter, patties, samosa, cake, pakodas, chips, fruits, etc., while the food that is given out at night includes two tandoori rotis and dal or an Awadhi delicacy called ‘taley hue aaloo ka salan’ alternatively for three days at a stretch.

The kitchen works from 8 a.m.-4 p.m. every day during Ramzan.— IANS