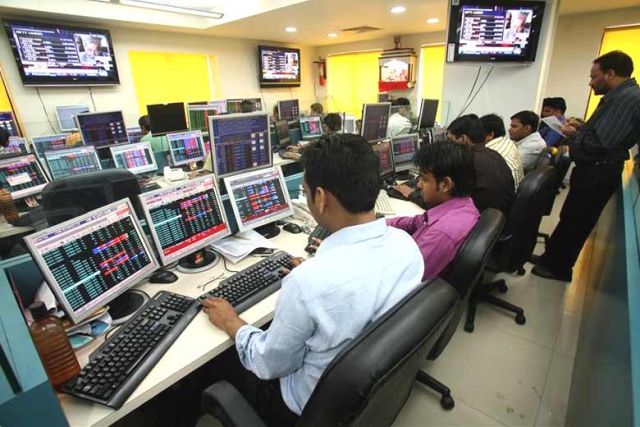 Mumbai : Macro-economic data points coupled with the direction of foreign fund flows and fears of higher inflationary pressure are expected to influence the Indian equity markets during the upcoming week.

According to market observers, triggers such as the global geo-political situation and crude oil price movement can unleash volatility.

“The markets next week would start with the PMI (Purchasing Managers’ Index) data for advance clues on where the manufacturing and services economy is going,” Devendra Nevgi, Founder and Principal Partner, Delta Global Partners, told IANS.

“As global investors mostly return to work late in the next week, the fresh year’s allocations would be critical. Markets would also look for support from domestic investors continuing in the new calendar year. Crude oil prices have already breached $66.5 per barrel, this combined with higher inflationary expectations may dampen the sentiment.”

According to D.K. Aggarwal, Chairman and Managing Director of SMC Investments and Advisors: “Macroeconomic data, trend in global markets, investment by foreign and domestic investors, the movement of rupee against the dollar and crude oil price movement will dictate trends on the bourses in the first week of the new year.”

Analysts opined that the direction of foreign fund flows and near-term trends in the rupee’s movement against the US dollar will also affect market sentiments.

“The Indian rupee is expected to remain firm due to a weak dollar and healthy inflows into the Indian debt and equity markets. The immediate short-term range is expected to be between 63.60-64.10,” Anindya Banerjee, Deputy Vice President for Currency and Interest Rates with Kotak Securities, told IANS.

Last week, the key Indian equity indices — the BSE Sensex and the NSE Nifty50 — rose for the fourth consecutive week.