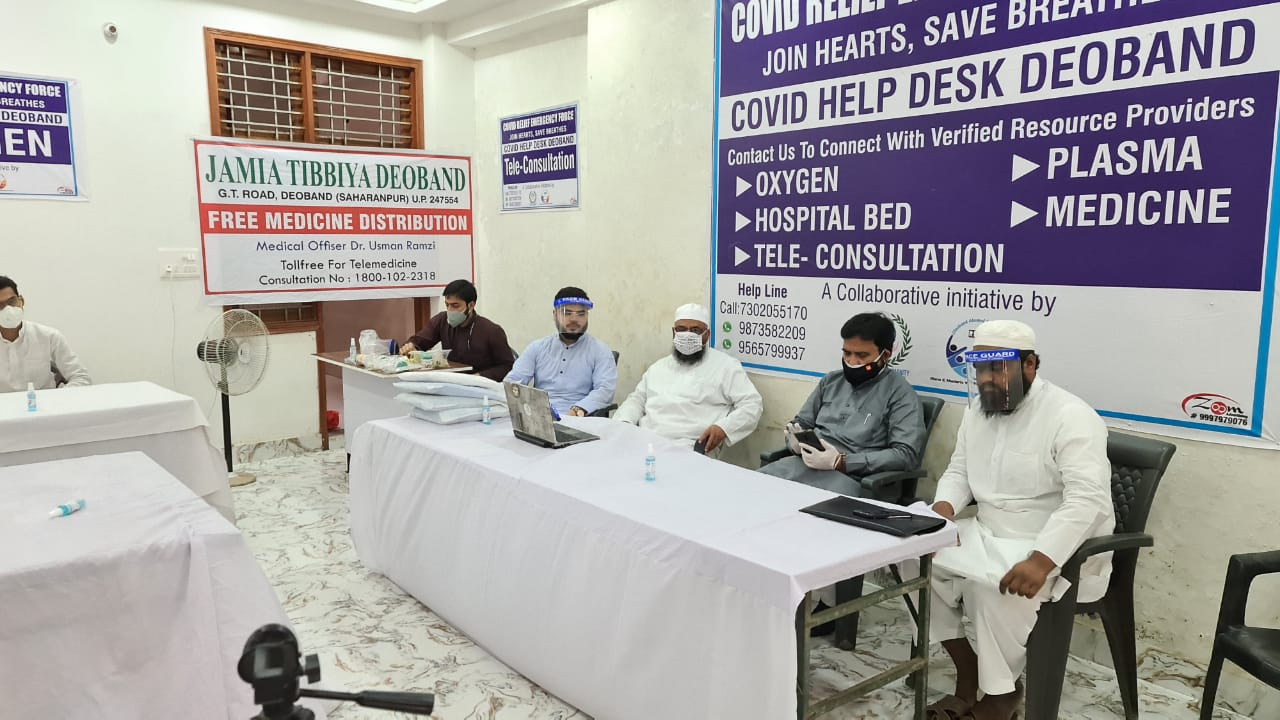 Since 25th April 2021, the CHD has helped at least 1,250 patients by providing, free of cost, oxygen cylinders, medicines, plasma and tele consultancy.

Announcing the launch of CHD, TAWET’s Chairman Mehdi Hasan Aini Qasmi said, ‘Although we are formally launching the CHD now, we have been working in the field since 25th April and since then have helped patients not only in Deoband but in Saharanpur, Muzaffarnagar, Shamli and Meerut as well. We have helped patients get admitted in hospitals, and have also provided patients with oxygen cylinders, medicines plasma and tele consultancy.’ He added, ‘CHD has also been distributing masks and sanitisers. In addition, we are available 24 hours on 17 55 73030 to help and guide the callers. Our help and advice are also available on WhatsApp on 9565799937.

Secretary of Jamia Tibbiya College, Dr Anwar Saeed, praised the efforts of Mehdi Hasan Qasmi and UfH’s Chairman Qasim Usmani for taking the initiative. ‘The CHD counter has been opened at the Tibbiya College and where Ayush medicines are available free of cost. We have also issued PPE kits to the workers of CHD. We will provide every possible help to CHD0’ He said.