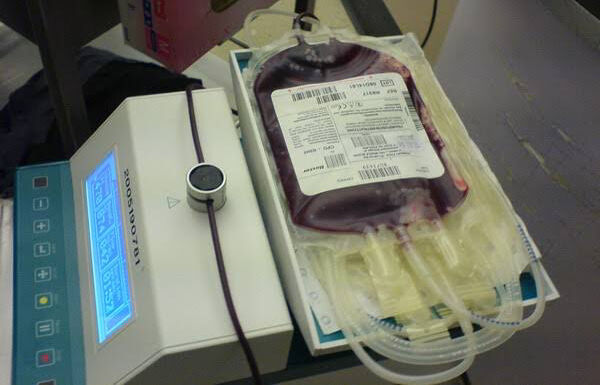 A Muslim man donated blood to save the life of a 60-day-old baby boy suffering from anaemia in Madhya Pradesh’s Chhatarpur district.

When the man received a phone call about the baby on Saturday, Rafat Khan, 36, did not hesitate even for a second and raced his motorcycle to the district hospital.

Khan was about to leave his house to offer namaz when he received a call about Vikas Gupta who was in desperate need A positive blood.

The baby suffered from anaemia, a condition caused due to deficiency of healthy red blood cells that carry adequate oxygen to body’s tissues.

“Without a second thought, I picked up my motorcycle and rushed to the district hospital to donate blood to the ailing child,” Khan told PTI on Sunday.

Khan said the baby’s father Jitendra, who is a resident of Manoria village, had contacted him after he failed to source blood and was cheated by a tout.

The tout allegedly took Rs 750 from Jitendra on the pretext of arranging for blood, he said.

Talking to PTI, Jitendra said, “My son’s condition has improved now after Khan donated blood. He came like an angel and donated blood with a smile when my child needed it desperately.”

Paediatrician Dr Mukesh Prajapati, who is in-charge of the special newborn care unit at the district hospital, said the baby’s condition was stable after he received blood.

He is not a first-time donor and has donated blood at least 13 times in the span of one year.

Khan said also that he noble act gave him joy and satisfaction. (With PTI inputs)

Muslim man beaten, stripped to the waist, beard yanked in train to UP