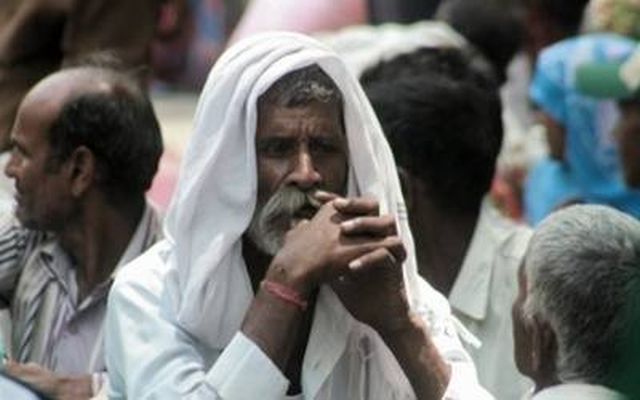 Bhopal : A week after the launch of the loan waiver scheme in Madhya Pradesh, the Congress government claims 19.54 lakh farmers have filed their applications in the six days till Sunday.

While the opposition BJP has been calling the “Jai Kisan Rin Mukti Yojana” a trick to cheat the farmers, the question is how the farmers of the state perceive the entire exercise.

Kailash Chaudhary, a farmer from Mandsaur district’s Babulda village, said: “About two years ago, six farmers sacrificed their lives for their rights in Pipliya Mandi. This is the beginning of the victory of their fight.”

“Forms are being filled for waiver of loans up to Rs 2 lakh. We feel that the government is taking our demands seriously,” Chaudhary told IANS.

Mandsaur was the centre of farmers’ agitation in 2017 when six farmers were killed in police firing in June, 2017. After the incident, the farmers’ movement had taken over the whole state, which then spread to the whole nation.

Farmer’s leader Kedar Sirohi said: “Farmers in different parts of the state are excited about the loan waiver. They are filing applications in large numbers.”

“To ensure they don’t face any difficulty in filing applications, leaders and workers of farmer organisations are helping them. Government officials is also alert to help out the farmers. Colour coding of application forms has made it easier for farmers to fill out the applications,” he said.

According to official figures, out of the 19.54 lakh forms filed till Sunday, around 60 per cent were green forms, 35 per cent were white forms and 5 percent were pink forms. The farmers are hopeful of becoming debt-free through this exercise.

However, the main opposition Bharatiya Janata Party (BJP) had been accusing the Congress of misleading the farmers and terming the scheme a trick to cheat them.

“The Chief Minister (Kamal Nath) and Congress leaders are saying they have fulfilled their promise of loan waiver to the farmers. But the promise has not yet been fulfilled. An announcement does not mean fulfillment of the promise,” he said, adding the Congress was misleading the farmers.

Congress spokesperson Syed Jaffer responded that 55 lakh farmers will get their loans waived of under the scheme, for which the due process needs to be followed.

“No matter what charges the BJP makes, the truth is that farmers are happy and they trust that the Congress is fulfilling the promise that they made to them,” he said.

“Those farmers who are in debt, neither are they now receiving notices from the banks nor is their property being seized. Under BJP rule, farmers had to go to jail and lose their property just for not paying their power bills,” Jaffer told IANS.

“Farmers were reeling under debt which had increased manifold over the last one-and-a-half decade. Now they are getting waiver of up to Rs 2 lakh. The government is new and one should wait before making adverse comments,” he said.

Kamal Nath had signed the farm loan waiver file soon after taking oath as the Chief Minister. The filing of forms for the waiver started from January 15 and will continue till February 5.

According to the government, farmers will start getting the money in their loan accounts from February 22.

The Chief Minister had said that the scheme would benefit around 55 lakh farmers by waiving their loans worth Rs 50,000 crore.