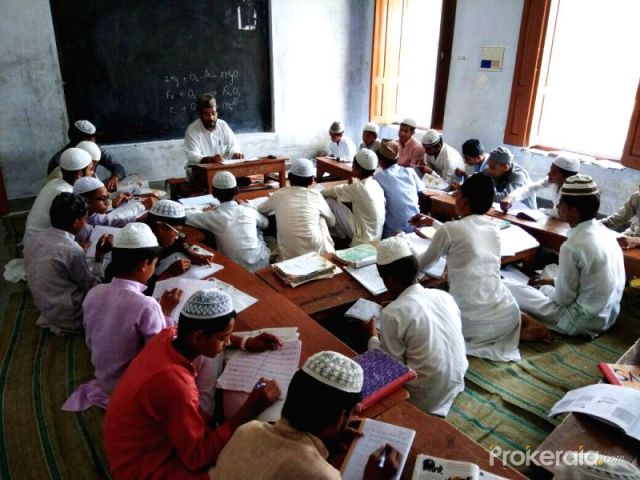 Azamgarh (Uttar Pradesh) : Abu Osama, an alumnus of Madrasatul Islah, one of the oldest Islamic seminaries in this region, believed that after graduating from a madrassa he would not be able to compete in the modern world. He soon realised he was wrong.

Osama, who works as assistant professor in the Department of Social Work at Maulana Azad National Urdu University in Hyderabad and who completed a masters degree from the Delhi School of Social Work, said: “I realised that there was so much I had learnt from the madrassa syllabi and curriculum besides Islamic values and ethics.”

Madrassas have been in the news for the wrong reasons, especially those located in Azamgarh, a district and city in eastern Uttar Pradesh that was once known for producing people of high intellect and for Hindu-Muslim brotherhood. However, in recent years it has, in media narratives, rather unfairly acquired the title of “terror nursery” because of its association with a succession of arrested Muslim extremists.

There are around 19,000 madrassas in Uttar Pradesh which have been in the cross-hairs of the Bharatiya Janata Party (BJP)-ruled state government which questioned their patriotism and sought video evidence of their mandatory singing of the national anthem.

But many of these madrassas, like those in Azamgarh, are challenging stereotypes to weave a positive counter-narrative. In seeking to keep pace with the times, a number of such madrassas have not only introduced modern, progressive syllabi but are also equipping their students with computers and other technological tools.

A large number of alumni of these institutions are either involved in research in universities in India and aboard, or work in public and private sectors across India.

There are about 50 big madrassas in Azamgarh and neighbouring districts where approximately 50,000 students have been enrolled. These students come from various parts of Uttar Pradesh, Uttarakhand, Bihar, Jharkhand, West Bengal, Assam, Jammu and Kashmir, Haryana, Madhya Pradesh, Maharashtra and also from Nepal.

For the students, WhatsApp is a popular way of communication and most of them have Facebook accounts and email IDs.

When one enters Madrasatul Islah through its main gate, one finds the polytechnic building as the first academic building after the administrative block. Apart from courses related to various electronic branches, this polytechnic also offers mobile operating, computer and translation courses.

Islah, which was founded in 1908 and is one of the oldest Islamic seminaries in the region, has about 1,500 students.

About 50 km from Islah is another madrasa, Jamiatul Falah. Founded in 1962, it has 4,300 students of whom half are girls.

“Jamiatual Falah was founded on the basis that we will incorporate both Islamic and modern education. We have been doing that since the foundation of the Jamia,” Madni told IANS.

“Through it, we aim to educate our children and enable them to represent Islam and community in a better and sophisticated manner,” Madni added.

Syed Mumtaz Alam graduated from Falah in 1994 and works as editor of the Delhi-based English news portal IndiaTomorrow.net.

“The syllabus of my madrassa was such that not even for a day did I think that I would have to earn my livelihood at a mosque or madrassa alone. No doubt, madrassas are commendably producing good human resources to run hundreds of thousands of mosques and madrassas in the country.

“But madrassas like my alma mater are nurturing young minds in a much broader manner; and, consequently, thousands of youth are also getting jobs in government departments, corporates and MNCs,” Alam said.

Alam, who headed the US-based community news portal TwoCircles.net for half a decade, said that the extracurricular activities of madrassas proved to be more helpful to his career.

“Besides the syllabus, it was the extra-curricular activities which shaped my career in journalism. Our common room or library had national dailies in English and Hindi besides Urdu and Arabic languages. We would bring out weekly wall magazines in different languages,” he explained.

According to the Sachar Committee report on the status of Muslims, only four percent of the students from the Muslim community enrol in madrassas.

While some conservatives in the community argue that this four per cent should specialise in Islamic teachings and have no need to learn modern subjects, Mohammad Asim, English teacher at Islah, believes that learning these modern subjects is helpful to understand and propagate Islam.

“Modern subjects are the need of the hour. Subjects like mathematics are necessary even to understand issues related to Islamic law of inheritance and business dealings, and science is helpful to deeply understand many verses of the Quran,” he noted.

Mohammad Saoud Azmi, a research scholar in JNU on madrassa syllabus, sees the introduction of modern subjects in the madrassa education system as a step in the right direction.

“It is a good sign that madrassas are equipping their students with modern knowledge but they have to improve their teaching style and have to add subjects like environmental science and modern economics,” he said.

(This story is part of a special series that showcases a diverse, progressive and inclusive India and has been made possible by a collaboration between IANS and the Frank Islam Foundation. Abu Zafar can be contacted atabuzafar@journalist.com)