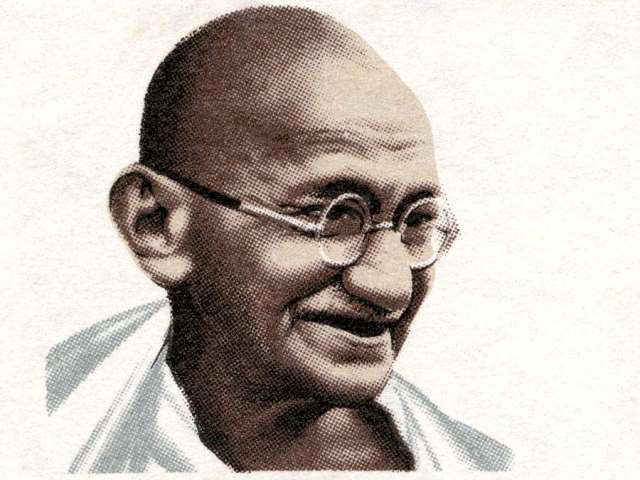 During the course of agitation ‘Black lives matter’ some protestors defaced the statue of Mahatma Gandhi in US. Mahatma Gandhi, the Father of Indian Nation, has the unique distinction of leading the biggest ever mass movement in the World and leading the strong anti colonial movement. In this direction he contributed two major tools as the basis of the mass movements, the one of non violence and other of Satyagrah. He also stated that while making the policies what one should keep in mind is the last, weakest person in the society. His life, which he called as his message became the inspiration of many anti colonial, anti racial struggles in different parts of the World. He strongly supported the concept of equality in India, where eradication of caste also became one of the aims of his life.

All this comes to one’s mind as a section of people, writers and intellectuals are labelling him as racist and casteist, one who harmed the cause of dalits in India. Nothing can be farther from truth. These elements are not seeing the whole journey of the man but do the cherry picking from his early writings, when he was in the early phases of his work against prevalent injustices in the name of race and caste.

Earlier also his statue was uprooted in Ghana, where calling him racist, ‘Gandhi Must fall’, movement on the lines of ‘Rhodes must fall’ came up. Gandhi in no way can be put in the category of the likes of Rhodes and others whose central work revolved around enslaving the blacks. The warped understanding of Gandhi comes from focussing only on Gandhi’s early writings. Gandhi who began his campaign for the rights of Indians in South Africa, at times used derogatory terms against blacks. These terms were the one’s which were prevalent, introduced by colonial masters, words like ‘African Savages’. Gandhi while raising the voice for Indian working people in South Africa said that the colonialists are treating Indians like African savages.

There was another process which ran parallel to this one of taking up the cause of people of Indian origin in SA. Once he realized the plight of the blacks there, he started travelling in the third class to experience the hardships being faced by them and much later he stated that they deserve to be treated in a just manner. His overcoming of racial beliefs were best expressed in his sentence, “If we look into the future, is it not a heritage we have to leave to posterity, that all the different races commingle and produce a civilization that perhaps the world has not yet seen?”  (1908). His beliefs kept evolving and in 1942, in a letter to Roosevelt, he wrote, ““I venture to think that the Allied declaration that the Allies are fighting to make the world safe for freedom of the individual and for democracy sounds hollow so long as India and, for that matter, Africa are exploited by Great Britain and America has the Negro problem in her own home.”

The best response to accusations of Gandhi being a racist came from Nelson Mandela, who wrote, “All in all, “Gandhi must be forgiven those prejudices and judged in the context of the time and the circumstances.” Mandela recognized the crucial point that Gandhi’s views changed as he matured. He wrote, “We are looking here at the young Gandhi, still to become Mahatma.” And from Martin Luther King (Jr.) who was totally inspired by Gandhi in his anti racial struggles.

Caste is another of the phenomenon, which is tricky. Gandhi in early periods of his life talked of Varna Dharma based on work; he glorified the work of scavenging and also called dalits as Harijans. Many a dalit intellectuals and leaders hold Gandhi responsible for opposing the ‘separate electorate’ granted to SCs by McDonald Award. Gandhi saw this as a move to fragment the electorate on narrow lines as being against Indian nationalism and went on hunger strike. Due to this hunger strike Ambedkar agreed for the reserved constituency.

While many leaders-intellectuals see this as a betrayal by Gandhi, Ambedkar himself actually thanked Gandhi for giving a satisfactory solution by giving higher reservation to SCs in reserved constituency. And stated “I am grateful to Mahatma: He came to my rescue.” Bhagwan Das, a close follower of Ambedkar, independently quotes Ambedkar’s speech: “I think in all these negotiations, a large part of the credit must be attributed to Mahatma Gandhi himself. I must confess that I was surprised, immensely surprised, when I met Mahatma, that there was so much in common between him and me.”

As such Race and Caste are akin and United Nations debated it in 2009, on these lines. In both the cases Gandhi, the humanitarian par excellence, begins with terminologies and notions about caste and race which were prevalent at those times. With his deeper engagement with the issues of society, he gives a totally different meaning to the same. In matters of caste, he was deeply influenced and empathetic to Ambedkar, to the extent that he recommended that Ambedkar’s ‘Annihilation of caste’ be read by all.

While he dealt with race issue from the margins, in case of caste he went miles. His campaign for eradication of untouchablity had far reaching back up effect to Ambedkar’s initiatives. It was Gandhi’s disciple Nehru, who brought Ambedkar to the forefront of policy making by including him in the Cabinet. Nehru also entrusted him with drafting Uniform Civil Code and it was Gandhi himself who suggested that Ambedkar be made the Chief of drafting committee of Indian Constitution.

Only those who focus on Early Gandhi, Gandhi in the formative phase of his values and ideas, accuse him of being a castist or racist. He did overcome these narrow, parochial social norms and policies to dream of a fraternity, Indian and Global where caste and race are relegated to the backyard of human history.