Muslim Mirror
Home Opinion Make in India will not work — unless there is a strategic...
Facebook
Twitter
WhatsApp
Email
Telegram 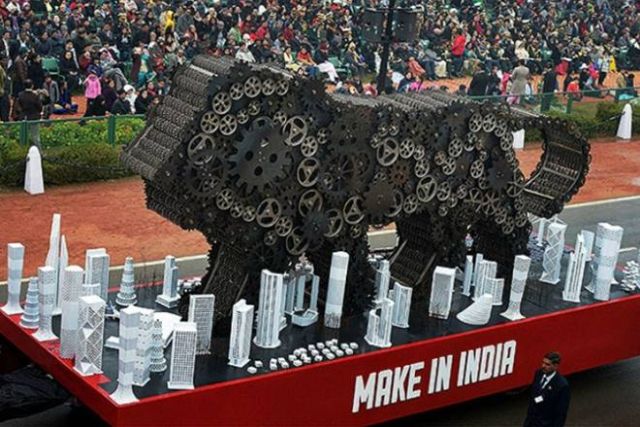 Prime Minister Narendra Modi set out an ambitious agenda when he announced his administration’s Make in India programme in September 2014. The centerpiece of that programme is the National Manufacturing Policy, the purpose of which is to make India a global manufacturing hub. Its intent is to increase manufacturing’s share of the country’s GDP from 16 per cent to 25 per cent by 2022 and to create 100 million additional jobs by that year.

The policy sets out 11 areas of concentration, including focus sectors, easing of regulatory environments and acquisition of technology and development. It identifies 25 specific focus sectors, including automobiles, defence equipment and medical technology.

As Prime Minister Modi reported during the “Make in India week” in February 2016, progress had been made on the manufacturing agenda. Growth in manufacturing’s share of the GDP and employment since the introduction of the programme, however, has been quite sluggish.

That is why, in 2017, Parliament’s Standing Committee on Commerce issued a report questioning the impact and implementation of the Make in India initiative. The government’s Department of Industrial Policy and Promotion responded by citing a number of measures that had been taken. According to The Hindu newspaper, the committee stated that many of the measures were more than two years old and urged “the department to take effective steps to implement initiatives such as Make in India in a ‘more robust manner’…”

More recently, in mid-March, during a visit to India, American economist and Nobel Prize winner Paul Krugman called attention to the need for India to hit manufacturing with a much bigger stick. After lauding India for its significant economic growth and becoming a better place to do business, Krugman observed: “India’s lack in the manufacturing sector could work against it, as it doesn’t have the jobs essential to sustain the projected growth in demography. You have to find jobs for people.”

As a knowledgeable Indian-American business person who participated in the India-U.S. CEO Roundtable convened during President Barack Obama’s Republic Day visit in 2015, I concur completely with the need to intensify India’s manufacturing efforts. The right way to do that, in my opinion, is to create a manufacturing strategic plan for the nation and its states.

The Make in India’s National Manufacturing Policy outlines a broad range of initiatives covering a number of diffuse and diverse areas. A policy is not a plan. It is a prescription that must be targeted to achieve the desired end goals — in this instance, manufacturing being 25 per cent of the GDP and 100 million new jobs by 2022.

A well-constructed strategic plan provides the means for that targeting. It translates policy into action with a laser-beam focus. It delivers the keys to the kingdom. It identifies:

* Key Result Areas: The few areas (3-7) in which strategic action programmes must be developed and implemented effectively and efficiently.

* Key Drivers: The critical factors or sources of competitive advantage that can be leveraged for success.

* Key Partners: The top three allies who can contribute the most to achieving the plan’s goals.

The Make in India Manufacturing Strategic Plan should be crafted by an independent commission comprised of a representative cross-section of business, academic, government and other leaders with appropriate experience and expertise. The commission can draw upon the National Manufacturing Policy and multiple other studies and position papers as inputs for the plan.

My quick review of a variety of source material suggests the following as potential items for inclusion in that plan that might have great effect for simultaneously driving GDP growth and job creation:

* Key Driver: Automobile Manufacturing. The National Manufacturing Policy cites automobiles as an area in which India already has a competitive advantage that can be built upon.

* Key Partner: The United States. These “indispensable partners” have just begun to scratch the surface of trade arrangements and exchanges that can be mutually beneficial.

The Make in India programme is at a pivot point. The McKinsey Global Institute in an August 2016 report titled “India’s Ascent: Five Opportunities for Growth and Transformation”, observed: “India’s appeal to potential investors will be more than just its low-cost labour: manufacturers there are building competitive businesses to tap into the large and growing local market. Further reforms and public infrastructure investments could make it easier for all types of manufacturing.”

India continues its ascent, but not as quickly as intended. A Make in India Manufacturing Strategic Plan will kick on the after-burners and accelerate that ascent. Putting the right plan in place and implementing it properly should make the sky the limit for the Indian economy and the Indian people.

(Frank F. Islam is an entrepreneur, civic and thought leader, based in Washington DC. The views expressed here are personal. He can be contacted at ffislam@verizon.net )