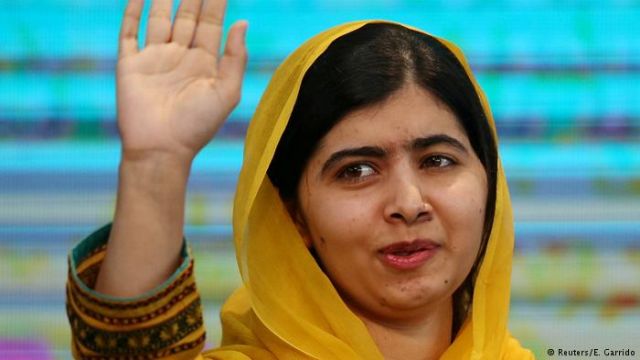 Islamabad : Pakistani Nobel laureate and education activist Malala Yousafzai arrived here on Thursday, more than five years after she left the country following a failed assassination attempt by the Taliban for advocating girls rights to education.

Yousafzai’s flight landed at the Benazir Bhutto International Airport at 1.41 a.m., reports Geo News. The 20-year-old was accompanied by her parents and CEO of the Malala Fund.

She is expected to hold meetings with Prime Minister Shahid Khaqan Abbasi and Army Chief General Qamar Javed Bajwa, as well as other important figures.

Yousafzai will also participate in the “Meet the Malala” programme during her four-day stay in Pakistan.

In October 2012, Yousafzai – then 15-years-old – was shot in the head at point-blank range by Tehreek-i-Taliban Pakistan (TTP) gunmen as she was returning from her school in Swat valley.

She suffered bullet injuries and was admitted to the military hospital Peshawar but was later flown to London for further treatment.

She has become an internationally recognised symbol of resistance to the Taliban’s efforts of denying women education and other rights.

In 2014, Yousafzai became the youngest recipient of the Nobel Peace Prize at the age of 17 in recognition of her efforts for children’s rights.

Earlier this month, the Nobel laureate appeared on “My Next Guest Needs No Introduction with David Letterman” on Netflix.

Speaking of Swat, Malala stated: “It is just like a paradise on Earth.”

She said she “did not realise how beautiful Swat was” until she moved to the UK.

During a visit to Canada last year, she was provided an opportunity to address the country’s parliament, Dawn news reported.

Last April, UN Secretary-General Antonio Guterres selected Malala Yousafzai to be a UN messenger of peace, the highest honour bestowed by the UN chief on a global citizen.