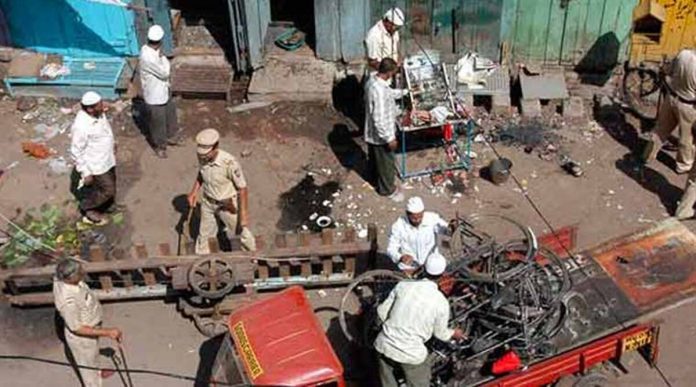 Victims of the 2008 Malegaon bomb blasts have written to the National Investigation Agency (NIA) seeking a probe against a witness who has turned hostile. They have urged the agency to make him an accused in the case.

The witness was the Commanding Officer (CO) of Lieutenant Colonel Prasad Purohit who is facing trial in connection with the blasts. Purohit has been accused of attending meetings with Hindu extremists such as Abhinav Bharat where the decision to place a bomb was taken.

In a letter addressed to the NIA, the victim’s lawyer Shahid Nadeem said, “It is evident from the disposition that PW 208 [witness] was aware of Purohit taking the aid of Abhinav Bharat to achieve the target. Under these circumstances, in the interest of the nation, and justice for the victims, we request you to file an application under section 319 of the Criminal Procedure Code (CrPC) to make PW 208 an accused in the said Malegaon 2008 blast case before the court at the earliest.”

Nadeem further alleged that the witness leaked sensitive information pertaining to military intelligence. “Curiously, in his deposition, he has not only turned hostile (disowned his original statement) but has revealed secret sensitive information pertaining to the army operations. In fact, he has answered questions unrelated to the present case in minute detail during his cross-examination by Mr Purohit’s lawyer. He deliberately travelled beyond his statement to facilitate accused,” he added.