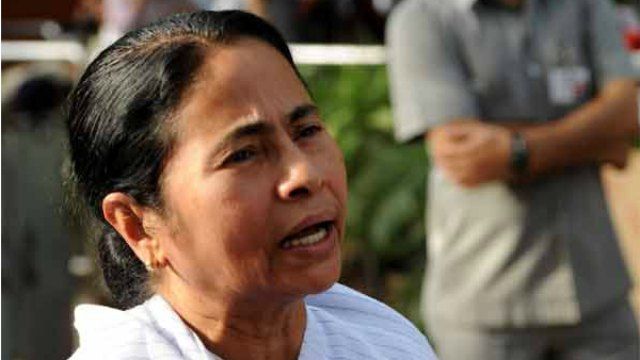 Kolkata : Coming down heavily on state opposition leaders, West Bengal Chief Minister Mamata Banerjee on Friday accused them of “always scheming and plotting” against the state government but being scared to face her or listen to her government’s response to their allegations.

Both the Communist Party of India-Marxist (CPI-M) and the Congress dismissed her accusations.

“I have always seen that they are always busy scheming, conspiring against, or foul mouthing, the Trinamool Congress and spreading confusion inside the house (state assembly). But they are not reasonable enough to listen to our answers. Because they cannot face me,” Banerjee told the assembly.

“They are scared of listening to the government’s answers. I want you to check how many times were they (opposition MLAs) present in the house during my speeches. May be just one or two times. It is totally planned,” she said.

Banerjee hit out against a section of opposition members, whom she accused of constantly trying to interrupt her speech, for resorting to “cheap tactics of creating controversies” to draw attention of the electronic media.

“Their only intention is to come on television. It seems that they do not even come out of their houses if they are not shown on television. These are cheap tactics. If I want I can make television news in every second but that is not my intention,” the Trinamool supremo said.

Banerjee also attacked Leader of Opposition Abdul Mannan, of the Congress, claiming that he is “over-enthusiastic” in his protest to grab the media attention as he was informed by a local television channel about the live telecast of her speech in the assembly.

Referring to the recent bypolls results where both Congress and CPI-M have performed dismally, Banerjee said the leaders of those parties to reflect on their result instead of blaming the ruling party and asked them not to underestimate the people’s verdict.

“They have no shame at all. They cannot keep their mouth shut even for a day after performing so badly. I suggest them not to underestimate people’s verdict and belittle them so much,” she said.

“…so many people have voted for us. How can they say it was rigged? Observers and central forces were deployed at all the election centres. Are they also our people?” she asked.

Responding to Banerjee, Communist Party of India-Marxist’s Sujon Chakraborty said opposition parties’ duty is to raise the voice for common people and unfortunately, her government does not pay heed to common people’s questions.

“We are compelled to walk out from the assembly. She is happy to speak at the house when opposition members are not present,” he said.

State Congress President Adhir Ranjan Chowdhury said: “We have seen didi’s (Mamata Banerjee) development benefitted her party leaders. We raised questions about the development for the unemployed youths of Bengal. Can you reply to what the Congress has been raising?”